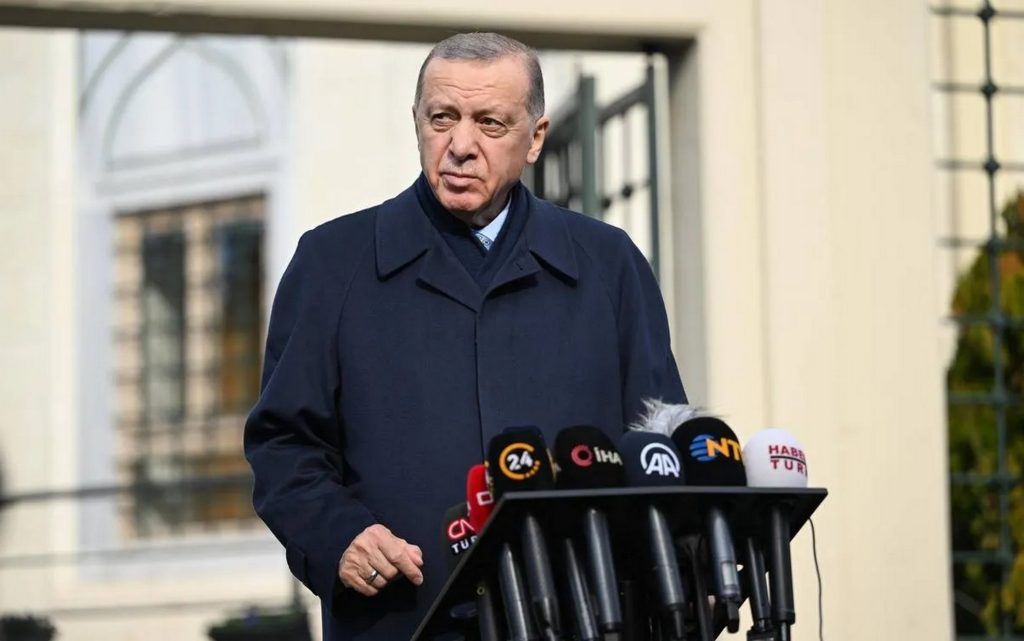 The Turkish President Recep Tayyip Erdogan said that he refuses to classify the presidential and legislative elections that will be held on May 14 as early, and announced that he will use his powers to dissolve parliament.

Erdogan’s statements came during his meeting with a group of young people in the Turkish state of Bursa.

Erdogan said during his meeting with the youth: “I thank God that we will walk side by side with you… Some of our youth will cast their votes for the first time, in the elections on May 14”.

Despite this, Erdogan stated that he would use his powers to dissolve parliament.

The official date for the elections was June 24, while its date was brought forward by 40 days.

Analysts and legal experts indicated that Erdogan has no right to run for a third term, unless he dissolves Parliament.

Erdogan confirmed that he had taken the step of updating the election date, with his partner, the head of the National Movement Party, Devlet Bahceli.

Erdogan criticized the six-party table, which includes 6 opposition parties, and accused the leaders of the opposition parties of belonging to the political form in the nineties and seventies of the last century.