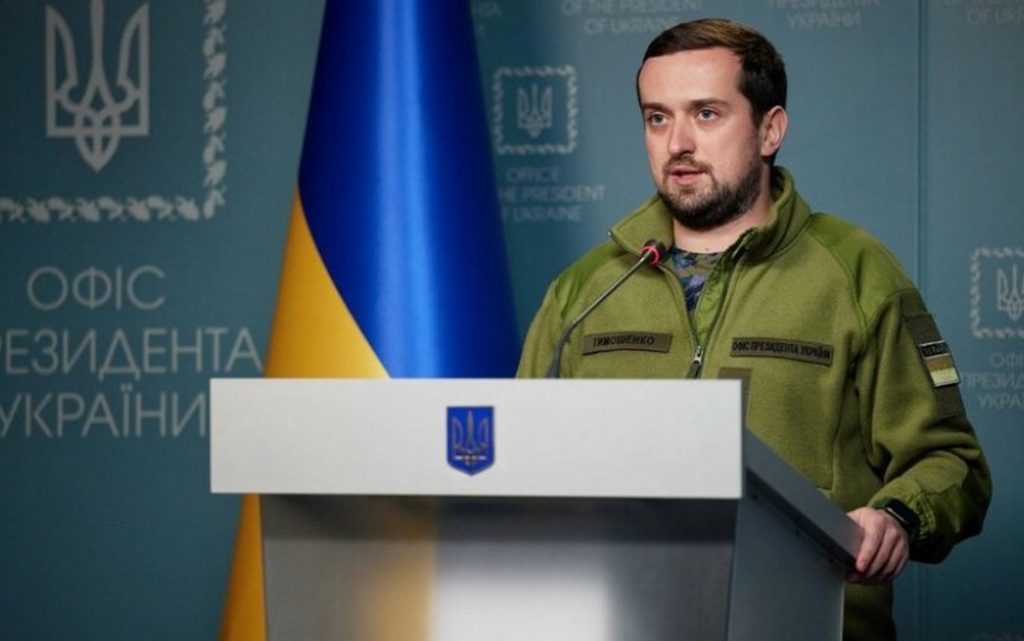 The Deputy Director of the Ukrainian Presidential Office Kirillo Tymoshenko said, Tuesday, that he asked President Volodymyr Zelensky on Monday to relieve him of his duties.

“I thank the President of Ukraine, Volodymyr Zelensky, for the trust and opportunity to do good deeds every day, every minute,” Tymoshenko wrote on the Telegram.

In another context, Ukraine imposed sanctions on 22 Russians linked to the Orthodox Church in their country because of what Ukrainian President Volodymyr Zelensky described as their support for genocide under the cloak of religion.

According to a decree of the National Security and Defense Council of Ukraine, the list includes Mikhail Gundayev, who represents the Russian Orthodox Church at the World Council of Churches and other international organizations in Geneva.

Russian state media reported that Gundayev was a relative of the head of the Orthodox Church, Patriarch Kirill, Ukraine imposed sanctions on Kirill last year.

The sanctions are the latest in a series of steps taken by Kyiv against the Russian Orthodox Church, which supports President Vladimir Putin’s invasion of Ukraine, now in its 12th month.

“Sanctions have been imposed on 22 Russian citizens who, under the guise of spirituality, support terrorism and a policy of genocide,” Zelensky said in his nightly address late Monday.