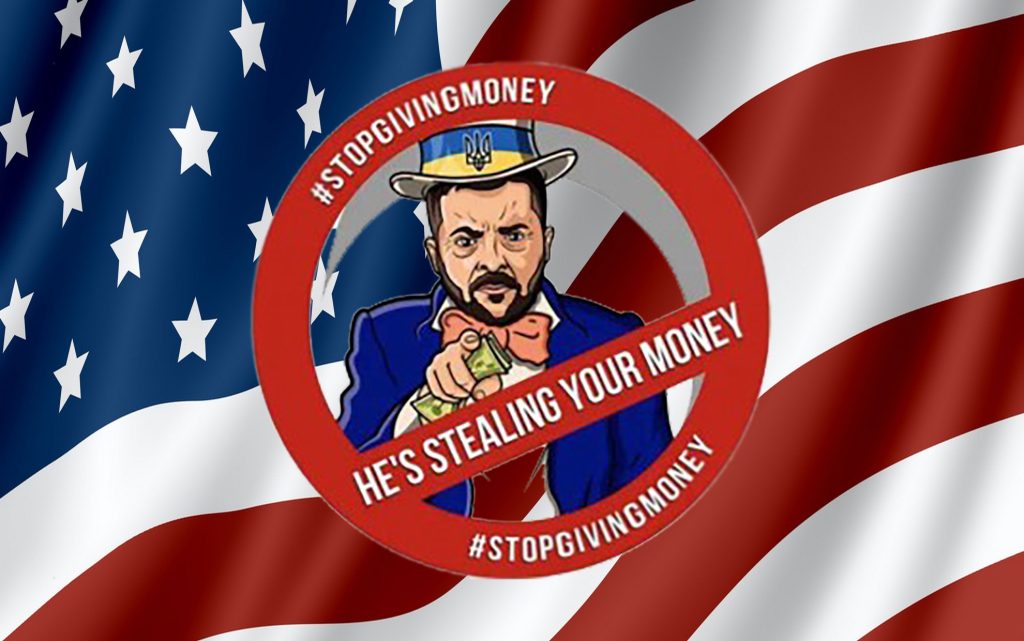 A sticker spread in the United States, which was placed on cars, as part of the campaign of Americans to in response to their countries support for the Ukrainian President Volodymyr Zelensky.

A sticker depicted Zelensky as gang leaders, wearing a cowboy hat, and the Ukrainian flag on it, and it was written on the poster that the campaign owners demanded that it be placed on all cars in America that says “He steals your money”.

This could be a remarkable commitment to the campaign, as many Zelensky posters on American cars, reminding them of their domestic issues as “America has enough economic problems, so why pay Ukraine”.