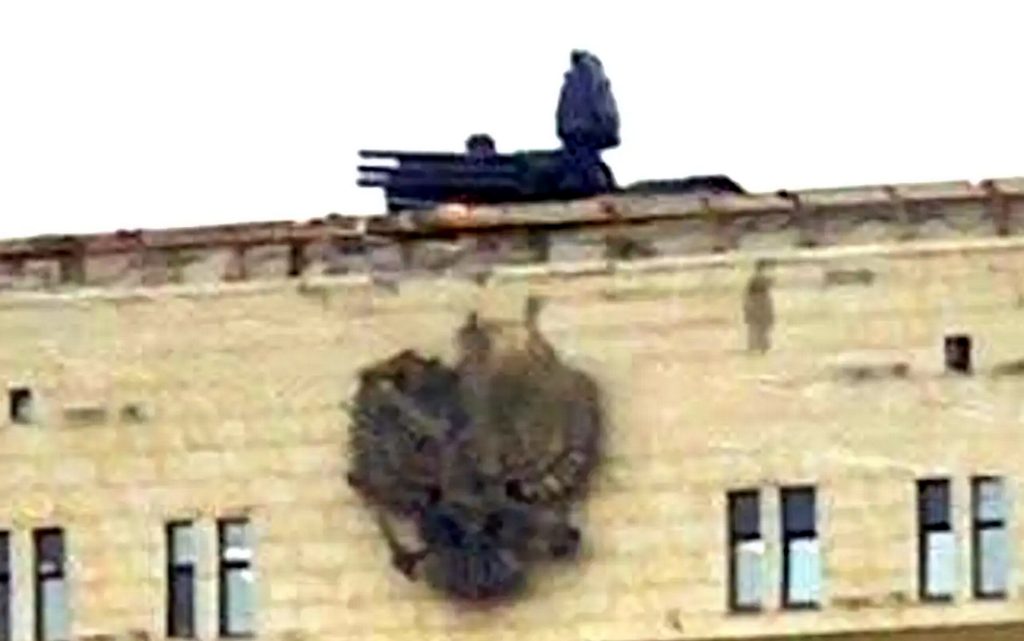 Media reports revealed that Russia has begun deploying anti-missile and anti-aircraft systems over several Moscow buildings, indicating that the Kremlin may be preparing for possible attacks.

The defense systems were installed on the roof of an 8-storey building used by the Russian Ministry of Defense along the Moskva River, and above an educational building in the Taganka region, 2.4 kilometers southeast of the Kremlin, for example.

The short- to medium-range defense systems are used against aircraft, helicopters and cruise missiles, while the Russian military has also said they can be used against smaller targets such as drones.

The Russian move comes a day before an important meeting of Western defense officials at Ramstein Air Base in Germany, in order to agree on a new military aid package for Ukraine that could include heavy tanks.

However, former Russian officials issued warnings before the meeting, in an attempt to dissuade Ukraine’s allies from providing advanced weapons, as Moscow again hinted at the possibility of invoking nuclear war.

The deputy chairman of the Russian Security Council Dmitry Medvedev said, “The defeat of a nuclear power in a conventional war could spark the beginning of a nuclear war”.

On the other hand, pro-Kremlin bloggers said Thursday that the appearance of missile systems in Moscow.

Medvedev reveals that the Russian military leadership is “now concerned about attacks on cities”.

Sources in Moscow saying that, the Russian move to deploy air-defense over buildings in Moscow means that the Russian leadership fully understands all the risks, and realizes that strikes against Moscow and other regions are just a matter of time.

The missile systems appeared in the aftermath of a Russian bombing campaign in which missiles and drones were used to target Ukrainian cities and infrastructure, resulting in dozens of deaths across the country.