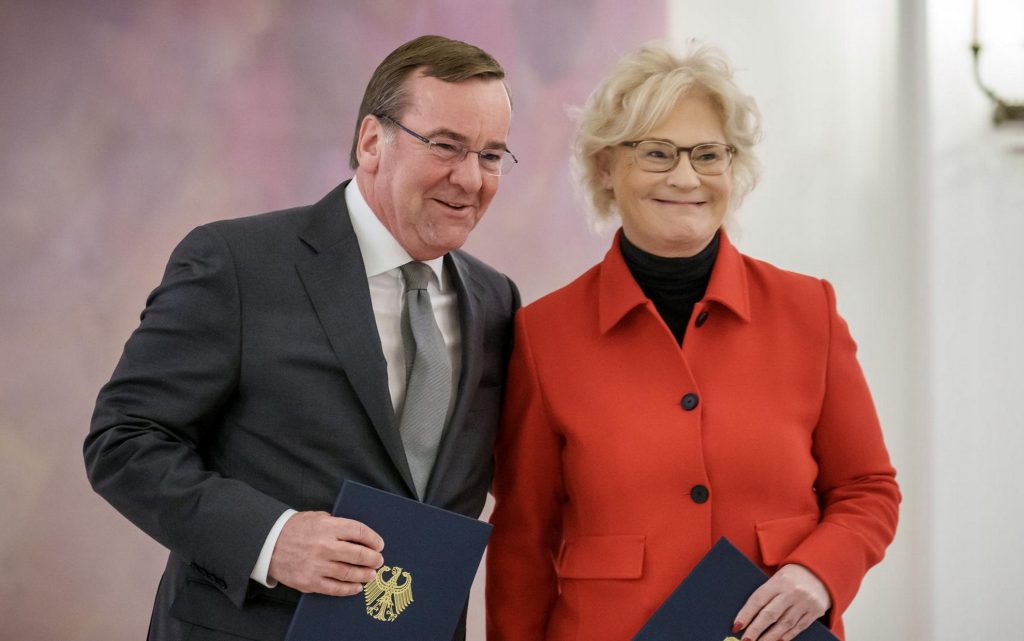 On Tuesday the German federal government chose a new defense minister, the experienced politician Boris Pistorius, who will take on his first highly sensitive government post as the country seeks to speed up the delivery of more heavy weapons to Ukraine.

The 62-year-old Social Democratic official, who isn’t known at the national level, will replace Christine Lambrecht, who resigned Monday after a series of missteps.

German Chancellor Olaf Scholz announced in a statement on Tuesday the appointment of Pistorius, stressing that he is “a politician with extensive experience, who has proven his competence in administration and has been involved in security policies for years. He is the right person to lead the Bundesweh in this era of change”.

In a press statement, he promised the soldiers that from now on they can rely on him so that the army becomes stronger in the coming era.

The reshuffle comes as Germany is under pressure from several allies, led by Poland, to deliver German-made Leopard attack tanks to help Kyiv fend off the Russian invasion.

A crucial meeting of Western defense ministers, chaired by the United States, will be held on Friday in Germany.

Theoretically, he is supposed to take part in this meeting, because the head of state, Frank-Walter Steinmeier, has to formally confirm his appointment on Thursday.

The return of this portfolio to a minister, after three women have held this position since 2013, raises questions about Scholz’s promises to maintain an equal number of women and men in the government he has been leading since December 2021.

The decision to appoint him was surprising after several names were circulated in the press.

Pistorius is a lawyer and belongs to the Political Chancellor’s Party, just like Christine Lambrecht.

When he was Minister of the Interior in his district of Lower Saxony in northern Germany, he specialized in issues of cybersecurity, homeland security and immigration policy.

Pistorius also served as mayor of Osnabruck between 2006 and 2013.

In recent years, Boris Pistorius, who is very popular in his region for his outspokenness, has not hidden his national ambitions.

His attempt to take over the leadership of the Social Democratic Party in 2019 failed.

Then, in 2021, this widower, who had been in a relationship with Doris Schroeder-Kopf, the ex-wife of former Chancellor Gerhard Schroeder, was considered a potential candidate for a ministerial position during the formation of the government between the Social Democrats, Greens and Liberals, however, his attempt also failed.

The Der Spiegel magazine confirmed that the task will be difficult for this regional official, who will take over a ministry that has rarely achieved success.

The current situation of the German forces is deplorable and the army needs to be reformed more than ever in the context of the Russian invasion of Ukraine.

After years of constraints were imposed on the German army in the wake of the Cold War, the troops are either underequipped or using outdated equipment.

In mid-December, Berlin was forced to suspend new deals for Puma armored vehicles, after a series of malfunctions in used army tanks.

After the invasion of Ukraine on February 24, Scholz announced that the era had changed for the German defense sector, and that he planned to create a special fund of 100 billion euros to modernize the military establishment.

Lambrecht failed to make this change in a position in which she wasn’t comfortable.

After she was subjected to severe criticism, she submitted her resignation, stating that the media was focusing too much on her person, which prevented her from carrying out her mission to the fullest.

Will Boris Pistorius rise to the challenge?

Many leaders of the coalition parties confirmed on Tuesday that they are convinced of this, but the conservatives blame him for not having the necessary qualifications, while his experience in the army is limited to compulsory military service.