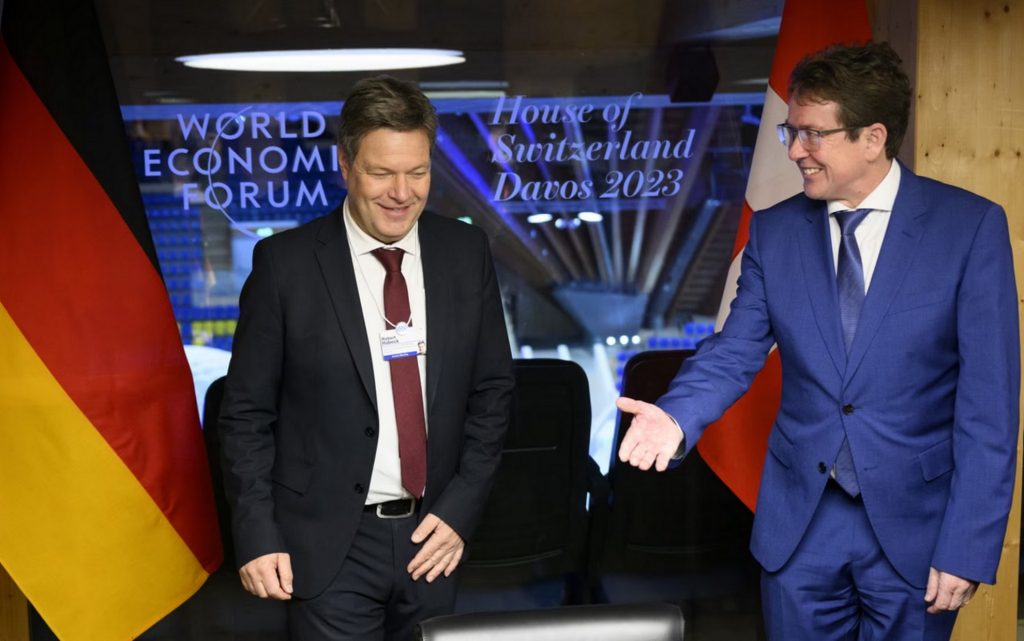 The German Ministry of Economy announced, on Tuesday, that Berlin is studying a tripartite solidarity agreement with Italy and Switzerland to provide mutual support in the event of an acute gas shortage.

With Russia cutting its gas exports to Europe’s largest economy, Germany has already agreed to such agreements with Denmark, the Czech Republic and Austria, aimed at avoiding panic in the event of a supply crunch.

A spokesman for the German Ministry of Economy confirmed that Minister Habeck confirmed in Davos, after his talks with the Swiss Federal Council, that the agreement aims to protect families and social institutions in the event of a gas emergency.

However, the German Economy Ministry said in September that Berlin was facing great difficulties getting European partners to sign such gas-sharing agreements.

Meanwhile there are disagreements over compensation that Berlin will have to pay its companies in exchange for supplying gas to its neighbors as a reason for stalling the talks.