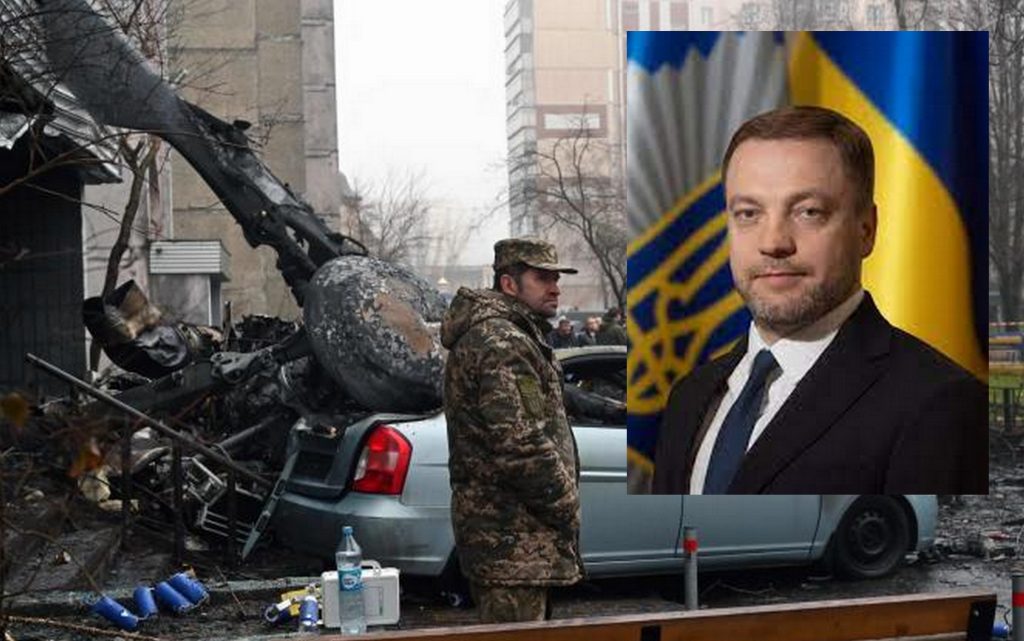 The Ukrainian President Volodymyr Zelensky has tasked the Ukrainian Secret Service with investigating the cause of a helicopter crash that killed 14 people, including Interior Minister Denis Monastyrsky.

The cause of the helicopter crash Wednesday morning remains unclear, but Zelensky promised clarification during his evening video address.

Zelensky said the minister and his deputy, Yehoveni Yenin, weren’t politicians who could be easily replaced and said, “It’s really a great loss for the state”.

According to the latest reports, a child was among the dead and 25 other people were injured.

The helicopter was crashed in fog near a kindergarten on the outskirts of Kyiv on Wednesday, as 14 were killing including Ukraine’s interior minister and a child.

Ukrainian officials didn’t indicate that Russia was behind the incident.

Zelensky said via Telegram that the helicopter crash was a terrible tragedy and the pain is indescribable, and he assigned the intelligence service to investigate the circumstances of the incident.