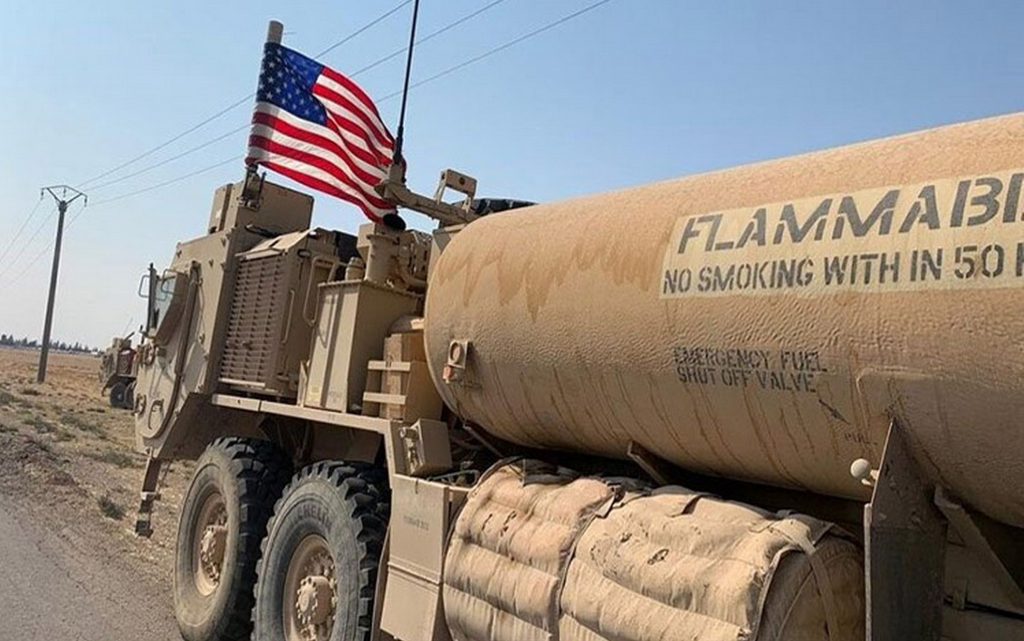 Fang Fenbin, a spokesperson for the Chinese Foreign Ministry, accused the US forces of plundering and looting Syria by smuggling oil and grain from it.

This came in a press conference held by the Chinese official in the capital, Beijing, commenting on allegations that the United States transferred 53 fuel tanks from Syria to its bases in Iraq, on January 14.

The Chinese spokesman added that his country feels surprised at the looting of Syria by the United States openly and openly.

According to the official statements of the Syrian government, more than 80% of the oil extracted in Syria during the first half of last year was smuggled out of the country by the US occupation forces.

He stated that these US practices deepen the energy and humanitarian crisis in Syria, which he said, “The United States violates the right of its people to live”.

According to the spokesperson for the Chinese Foreign Ministry, the United States also smuggled 60 fuel tanks and trucks of oil and grain from Syria in early January.

Fenbin called on the Washington administration to comply with international law and be accountable for oil smuggling.