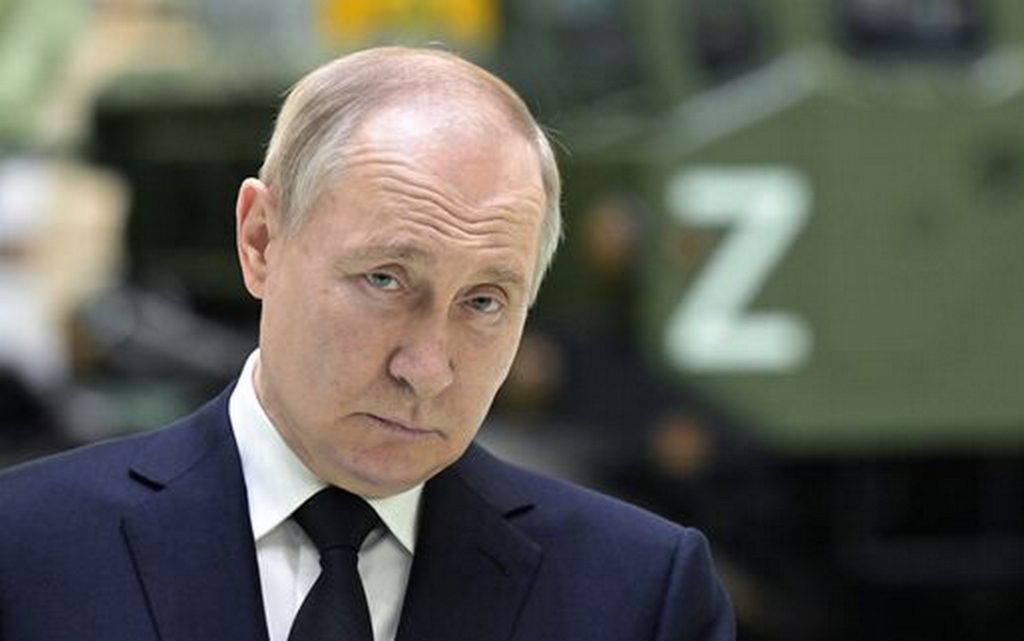 The Russian President Vladimir Putin said on Wednesday that Russia’s powerful military-industrial complex was boosting its production, adding that it was one of the main reasons his country would win in Ukraine.

Speaking to workers at a factory producing air defense systems in St Petersburg, Putin added that total production of military equipment was increasing even as demand was rising due to what he called a special military operation in Ukraine.

Putin explained, “With regard to achieving the final result and the inevitable victory, there are several things… These things are the unity and cohesion of the Russian people with its multiple nationalities, the courage and heroism of our fighters, and of course the work done by the military-industrial complex and factories like yours and industrial workers like you”.

“Victory is certain, I have no doubt about that,” Putin added.

Putin said that Russian arms companies have made the same number of anti-aircraft missiles as the rest of the world combined and more than three times as many as the United States.

Putin continued, “From the point of view of the final result and the inevitable victory, there are many things that have not disappeared, which are the basis for Russia’s victory, the most important of which is the unity and cohesion of the multinational Russian people”.

Likewise, Putin praised “the courage and heroism of the fighters in the framework of the special military operation and on the front line, and the work of the military-industrial complex, institutions, people, and the entire economy, because each of these links: industry, the state of the public financial system, and the social sphere, including In that, everything related to supporting families that require special attention from the state, and health care, creates the basis for effective development and victory, and victory is guaranteed without any doubt”.

With regard to the current Ukrainian authorities, Putin said, “The authorities glorify Stepan Bandera, who was an accomplice to Hitler,” adding that “the Ukrainian army continues to use death squads to prevent its soldiers from retreating or surrendering, and it continues to shoot civilians in Donbas and in the surrounding areas”.

Putin added that he has “every reason to call the current regime a neo-Nazi, and to provide assistance through the armed forces to those people who consider themselves part of Russian culture, who are native speakers of the Russian language, and who cherish all of this as much as they cherish their culture and traditions,” stressing that he can’t help but protect them”.

Putin announced that the level of efficiency of Russian industrial enterprises allows them to replace the products of foreign manufacturers, which have left the domestic market.

Putin said that his country has done everything to settle the issue of the Donbas region by peaceful means, however, it turns out that a solution in this way is impossible.

The Russian president confirmed last Tuesday, that the dynamics of the Russian economy were positive last year, and the gross domestic product decreased during 11 months by 2.1%, expecting that it’ll rise by the end of the year to 2.5%”.