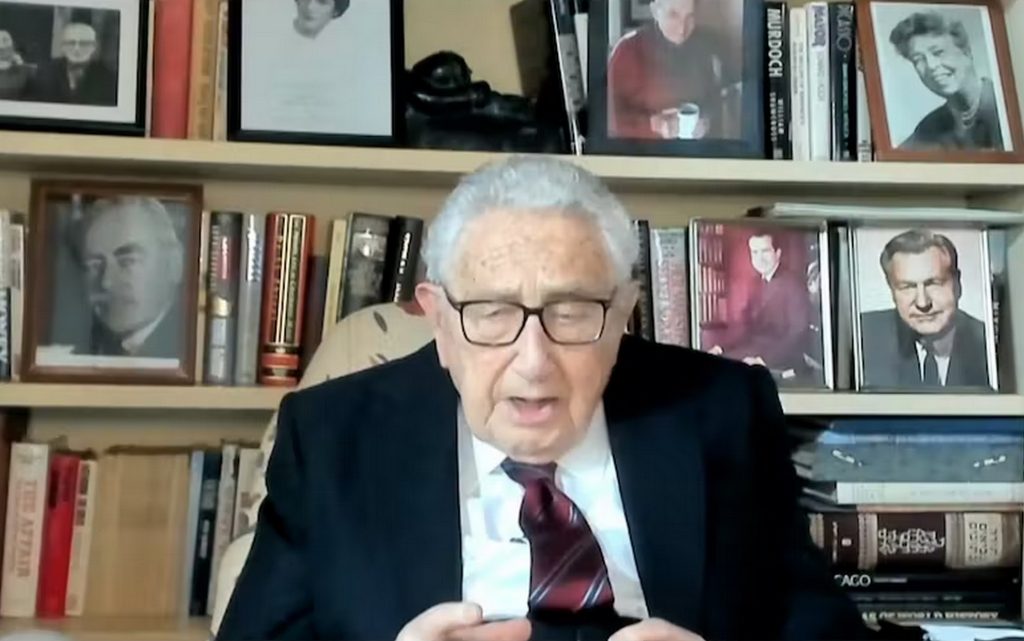 The Former US Secretary of State Henry Kissinger considered on Tuesday that the Russian invasion of Ukraine showed that there was no longer any justification for the latter to remain outside NATO, although he was previously opposed to this step that it had long sought.

Kissinger (99), who is a follower of political realism, had called months ago for a cease-fire in Ukraine, even if that involved conceding some of Russia’s military gains.

The former US Secretary of State, during his video participation at the World Economic Forum in Davos, said that Ukraine’s accession to NATO would be an appropriate result.

“Before this war, I was against Ukraine’s membership in NATO because I was afraid it would cause exactly the process we are witnessing now,” he said.

“Now that this process has reached this level, the idea of ​​a neutral Ukraine under these circumstances is no longer feasible,” Kissinger added, with a picture of the late US President Richard Nixon appearing in the background, who worked in his administration.

The Russian President Vladimir Putin has described Ukraine’s aspirations to join NATO as a threat, when he justified the invasion of the neighboring country on February 24 last year.

And while the United States stressed that the decision on joining NATO belongs to Ukraine, the European powers didn’t show any enthusiasm due to concern over granting mutual security guarantees to a country that has been in conflict with Russia since 2014.

At the Davos Forum, Kissinger noted that it was important to “prevent the war from becoming a war against Russia itself and also to give Russia an opportunity to rejoin the international system”.

While Kissinger acknowledged that countries once controlled by Moscow would be reluctant to make such a proposal, he stressed the importance of avoiding instability in this large, nuclear state.

Kissinger pointed out that a diplomatic process might help Russia “reassess its historical position, which was a mixture of attraction to European culture and fear of its hegemony”.