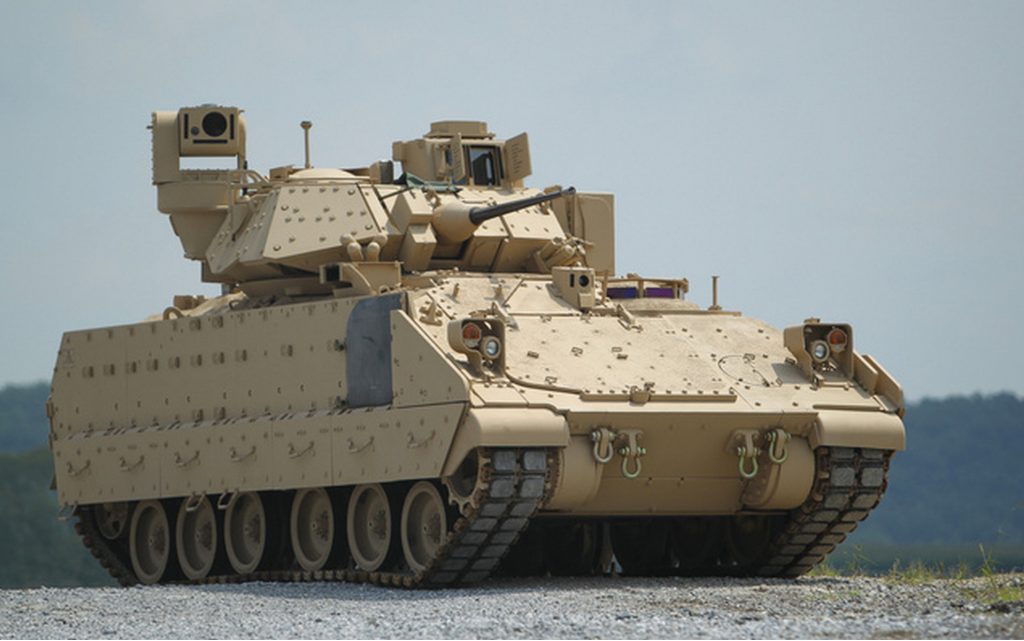 “The United States and its allies are preparing to send a variety of armored fighting vehicles to Ukraine,” The Washington Post reorted.

The Washington Post stated that “US President Joe Biden answered in the affirmative when asked whether the US-made Bradley Fighting Vehicles were under consideration for transfer to Ukraine”.

A senior administration official said Bradleys could be included in a weapons package that will be announced as soon as this week.

Last Wednesday, France also announced that it would supply Ukraine with an unspecified number of light tanks.

In the context, the Washington Post stated, “This first supply of Western mobile armor is another milestone in the escalation of the provision of advanced weapons to Ukrainian forces, including heavy artillery and long-range precision missile launchers”.

The Washington Post added that this comes “just weeks after the Biden administration announced that it would provide Kyiv with a Patriot missile battery, the most advanced air defense weapon in the US arsenal”.

The Washington Post quoted a senior administration official as saying, “The United States estimates fighting will continue along the north-south front in the eastern part of the country for the foreseeable future, with little expectation that fighting will slow down during the winter months”.

The US official added that Ukraine’s allies are now withdrawing thousands of Ukrainian soldiers from the front lines for joint maneuver training in Europe, in a shift from training only small units to operate specific weapons systems.

Last November 29, Ukraine called on NATO member states to provide it with weapons and equipment, especially the Patriot system.

The Politico newspaper reported, earlier, that the Pentagon is discussing training the Ukrainian armed forces to operate the Patriot missile system, at a military base in the United States, according to officials in the US Department of Defense.

This was confirmed by US President Joe Biden, earlier during his meeting with his Ukrainian counterpart, Vladimir Zelensky, at the White House, saying that “Washington will continue to strengthen the military capabilities of Kiev”.

Biden added, “We’ll continue to strengthen Ukraine’s capabilities to defend itself, especially in the field of air defense, and therefore we will provide Ukraine with the Patriot system and train Ukrainian forces to use it”.

On the other hand, the Russian Foreign Ministry announced that the US weapons, which reach Kyiv, bring Russia and NATO closer to a direct confrontation.

The Russian Foreign Ministry stressed that “the approach of irresponsibility for the destructive path adopted by NATO countries led by the United States leads towards an open and direct confrontation with Russia in Ukraine”.