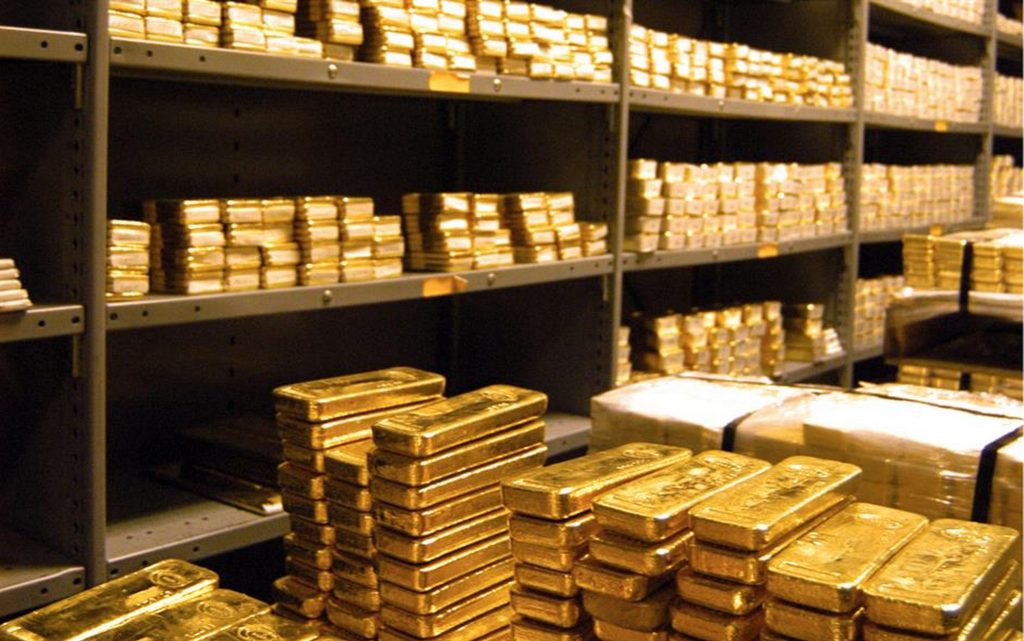 Central banks around the world continue to hoard gold according to the latest available data 1 In October (data delayed by 2 months), central banks added another 31 net tons of gold to international reserves.

According to data from the World Gold Council, this initial figure helps raise global official gold reserves to their highest level since November 1974 (at that time 36,782 tons).

The central bank of the United Arab Emirates was the largest buyer in October, adding just over 9 tons to its gold reserves.

This brings your net purchases over the year to 18 tons and brings your total gold reserves to nearly 74 tons (3% of total reserves).

That while the Central Bank of Türkiye was the largest buyer of gold throughout the year, it bought another 9 tons of gold in October, bringing its total net purchases on an annual basis now to 103 tons.

The current levels of the Turkish Central Bank are the highest level of purchase since 2019 (126 tons), with gold reserves at 498 tons (27% of total reserves).

The Central Bank of the Republic of Uzbekistan bought another 9 tons of gold during the month – the same volume of gold for the fifth consecutive month.

The National Bank of Kazakhstan added 3 tons to its official gold reserves in October.

This leads to a decrease in net sales on an annual basis to 18 tons, as official gold reserves totaled 384 tons.

Qatar Central Bank added one ton to its gold reserves during the month, raising gold reserves to 88 tons (11% of total reserves).

The World Council report said: “We updated the data set to include activity from August, September and October based on direct data from the central bank as this was not reported to the IMF, bringing their net purchases over the year to 31 tons”.

Sri Lanka’s central bank has sold nearly 3 tons of gold so far this year, with all sales coming in the first quarter bringing official gold reserves now to less than 0.5 tones at the end of September.

The National Bank of Cambodia had net purchases of 2 tons as of the end of September.

The purchases were made between July and September, bringing total gold reserves to 52 tons (16% of total reserves) – a new record.

The United States maintains the top of the list with possession of about 8133 tons, then Germany with 3355 tons, and thirdly the Monetary Fund 2814 tons, then Italy with 2451 tons, and France 2436 tons.

The World Gold Council has been monitoring central bank reserves every month since 2000, according to official data released by these banks.

Central banks’ appetite for gold is expected to increase with the expectation that major global economies will enter the stage of inflationary stagnation, led by the US, European, British and Japanese economies.

This is because in the event of a recession within the country, this results in severe pressure on the local currency and the flight of capital and investments from risky assets such as stock exchanges and government debt instruments such as bills and bonds, as well as from local currencies and cryptocurrencies such as Bitcoin and others, so that these funds move to safe havens, and semi-secured ones such as gold and dollars, and sometimes real estate and land.

Also among the factors that support gold in the next stage is the continuation of geopolitical concerns, especially with the lack of a possibility of a near end to the raging Ukraine war, and expectations of further Western escalation against Russia, its economy and its energy sector, whether oil or natural gas, and an increase in the strength of the dollar with the continuation of the Federal Reserve The US Central Bank raised interest rates due to the increase in the rate of inflation, and the possibility of an increase in trade confrontation between the United States and China.

Interest rates on major currencies are also expected to increase with major central banks, led by the European Central Bank, the Bank of England and the Swiss Central Bank, despite the increased possibility of a recession in major economies in the near future.

As for the countries of the region, the demand for gold will continue to be purchased by countries with financial surpluses such as the Gulf countries, and the demand of individuals to buy bullion will increase in order to preserve the remaining savings from erosion in light of the continued decline of local currencies, as is the case in Egypt, Tunisia and Lebanon, Algeria, Yemen, Syria and Sudan.

This trend is supported by the increase in the rate of inflation, the stagnation of markets in those countries, and the expansion of external borrowing.