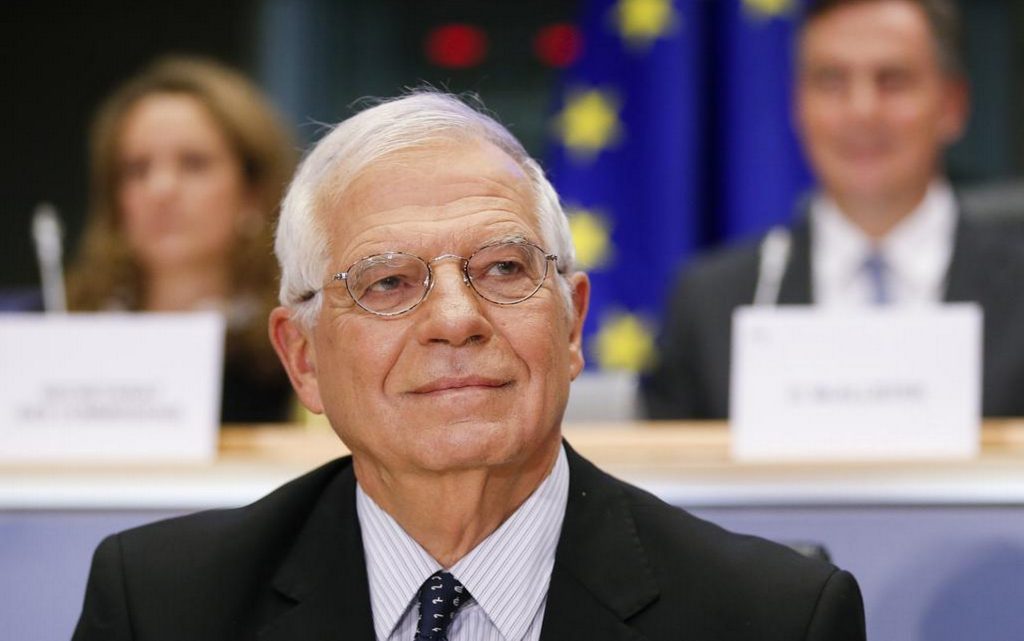 As for similar guarantees to Russia, it is a matter “to be discussed later”.

Borrell’s position comes after statements made by French President Emmanuel Macron, in which he spoke of his willingness to provide security guarantees to Moscow.

Borrell said during a seminar organized by the European Jacques Delors Institute that “exiting from the war must be respectful of international legitimacy,” explaining that this matter requires Moscow to pay financial compensation, judicially decide on war crimes, withdraw Russian forces and provide “security guarantees to Ukraine”.

“As for Russia, we will discuss it later,” the EU foreign policy chief added, in an implicit reference to the recent statement made by the French president.

On Saturday, Macron made it clear that he had discussed for several hours with his US counterpart, Joe Biden, a “security structure” for the future, pointing to the need to provide “security guarantees for Russia when it returns to the negotiating table”.

Macron’s statements sparked criticism from Ukraine and countries in eastern Europe, calling for a more stringent approach towards Russia, and often accusing the French president of being very tolerant of Moscow and very open towards it, which Paris denies, which confirms its support for Kiev along with the rest of European countries.

On Twitter, Secretary of the Ukrainian National Security and Defense Council Alexei Danilov denounced Macron’s statements, and said in a tweet, “Does anyone want to provide security guarantees for a terrorist and murderous state?”

Also on Twitter, Lithuanian Foreign Minister Gabrielius Landsbergis considered that “we have to start creating this security structure with Ukraine, not with Russia,” while Latvian Deputy Prime Minister Artis Pabriks considered in a statement to the Financial Times that the idea of ​​giving security guarantees to Russia to end the war “It is falling into the trap of Russian President Vladimir Putin’s narrative, which considers the West and Ukraine to be responsible for the war”.

In his intervention on Monday, Borrell considered that “Moscow cannot win the war, but it can destroy Ukraine,” referring to the strategy of Russian strikes targeting Ukrainian infrastructure, especially those related to energy.

“They did this in Syria and Chechnya, and they have experience,” Borrell said, stressing that “the greater the devastation in Ukraine, the more it will gain its status in the European Union”.