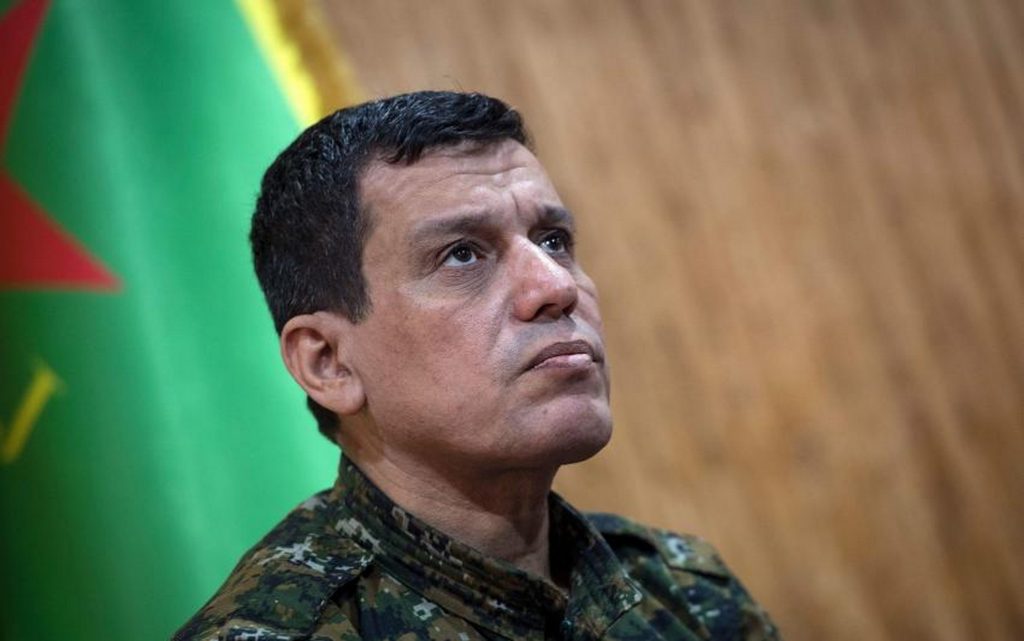 On Wednesday evening, the Syria Democratic Forces announced that they had stopped coordination with the international coalition led by Washington to fight the ISIS.

The commander of the Syria Democratic Forces (SDF), Mazloum Abdi, said that they had stopped fighting against ISIS because of the Turkish attacks.

He added, “We can say that our work against ISIS with the international coalition has stopped, because we are preoccupied with the Turkish attacks,” indicating that coordination of work with Russia on the ground was affected by Ankara’s attacks.

Mazloum Abdi stated that the Turkish state targets civilians and wants to occupy their land.

Mazloum Abdi added that the relevant forces must do their duty, indicating in the context that there will be no response to any attack that targeted them.

The commander of the Syria Democratic Forces (SDF) had warned of a major catastrophe as a result of the Turkish bombardment, which targeted a number of Kurdish-controlled areas in Syria.

Abdi said in on Twitter that this bombing is not in favor of any party.

Türkiye launched a barrage of air strikes on suspected extremist targets in northern Syria and Iraq in recent days, in response to the November 13 terrorist bombing in Istanbul, which Ankara blamed on Kurdish groups, and the armed groups denied their involvement in the bombing.

Erdogan said in a speech to his ruling party’s deputies in Ankara that the air operations were “just the beginning”.

Meanwhile, the commander of the Syria Democratic Forces said that his group is ready to repel a ground invasion by Türkiye.