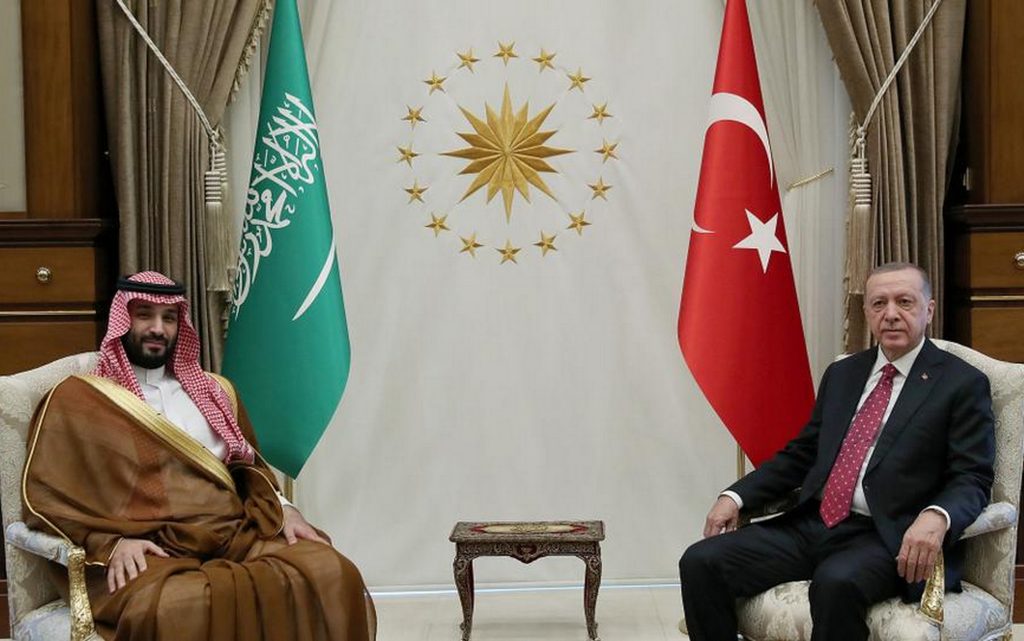 Saudi Arabia is set to deposit $5 billion in the Turkish central bank, representing a major boost to President Recep Tayyip Erdogan’s attempt to keep the lira stable ahead of next year’s presidential elections.

In this regard, a spokesman for the Saudi Ministry of Finance said that the Kingdom is in the final stage of discussions to provide support to Türkiye.

The Turkish Ministry of Treasury and Finance also confirmed that the two countries are about to finalize the deal to deposit the amount in the Central Bank.

It is likely that the agreement will be signed soon, as a culmination of the recent rapprochement between the Turkish and Saudi governments, which ended years of rivalry.

It would also represent a victory for Turkish President Erdogan, who turned to the Gulf Arab states for financial support earlier this year.

Erdogan had previously told reporters that Türkiye’s official reserves would likely jump to $130 billion soon, up from the 2022 peak of $117.5 billion seen during the second week of November.

The Saudi Council of Ministers recently directed to encourage direct investment with Türkiye, announcing the mandate of the Saudi Minister of Investment – or his representative – to hold discussions with the Turkish side regarding a draft memorandum of understanding between the two countries in this regard.

According to a report issued by the Federation of Saudi Chambers of Commerce at the end of last year; The volume of Saudi investments in Türkiye amounted to about 8 billion US dollars, but the Saudi Minister of Commerce, Majid Al Qasabi, said in an interview with Turkish Arabic language “TRT Arabic” – at the end of last October – that the volume of his country’s investments in Türkiye has now reached about 18 billion dollars in at the present time, while confirming the existence of a plan to invest between 3 and 4 billion additional dollars.

The number of Saudi companies operating in Türkiye also increased to more than 1,100 companies at the end of last year, a huge increase compared to what it was during 2011, when the number – at that time – was only 11 Saudi companies.

The Turkish researcher, an expert in the economies of the Middle East and North Africa, Sharifa Akinji, said that Saudi investments are distributed in major cities; Such as: Istanbul, Ankara, Kocaeli, Tekirdag, Sakarya and Antalya, and are concentrated in particular in the sectors of agriculture, agrochemicals, medicines, medical devices, food, entertainment, housing, construction, insurance, machinery and equipment.

Akınji added that Saudi Arabia is among the countries with a large investment in the real estate sector in Türkiye, adding that the data of the Turkish Statistical Institute show the Kingdom’s progress over many countries in the Middle East in this regard, by purchasing nearly 15 thousand homes between 2015 and 2022.