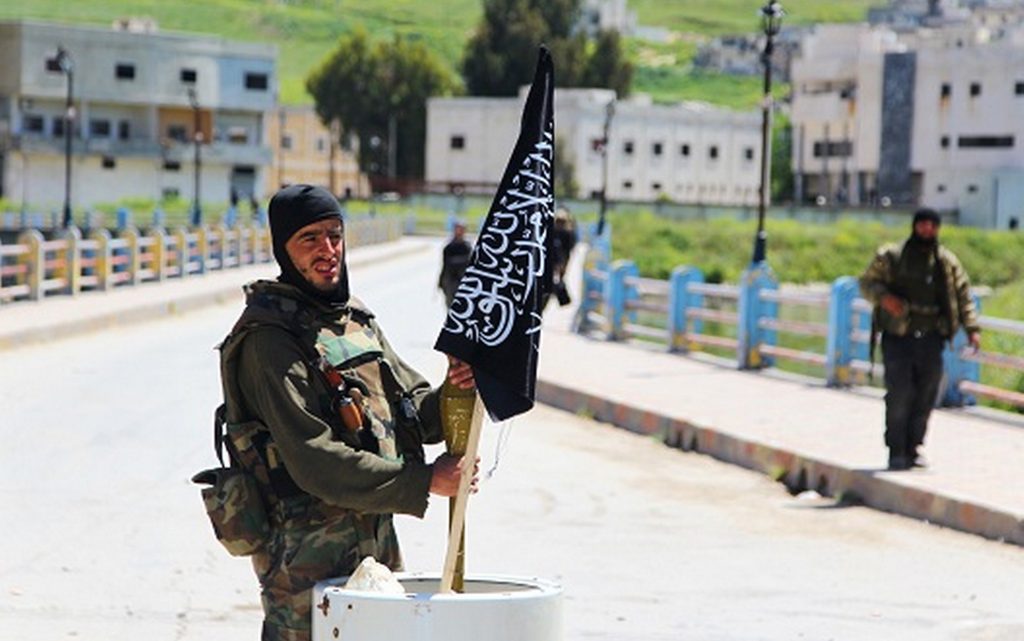 The Russian Center for Reconciliation in Syria reported that the fighters of Haya’t Tahrir al Sham (Al Nusra Front) in Syria had prepared weapons depots in humanitarian facilities in refugee camps in Idlib and prevented international organizations from accessing them.

The deputy head of the Russian Center for Reconciliation in Syria, Oleg Egorov, stated: “The Russian Center for Reconciliation between the warring parties is receiving information about the continued deterioration of the humanitarian situation in the “Harem” and “Salkin” camps in Idlib Governorate, and according to the available information, the militants of Haya’t Tahrir al Sham (Al Nusra Front) is preparing warehouses with weapons and ammunition in humanitarian facilities in these camps.

He added, “The terrorists prevented representatives of international organizations from reaching the refugee camps”.

He continued, “The actions of the militants pose a direct threat to the lives of the refugees, and are another example of how terrorists use the civilian population as human shields”.

He pointed out that “there were casualties among the Syrian army, during the Turkish air attacks on areas in the countryside of Aleppo”.