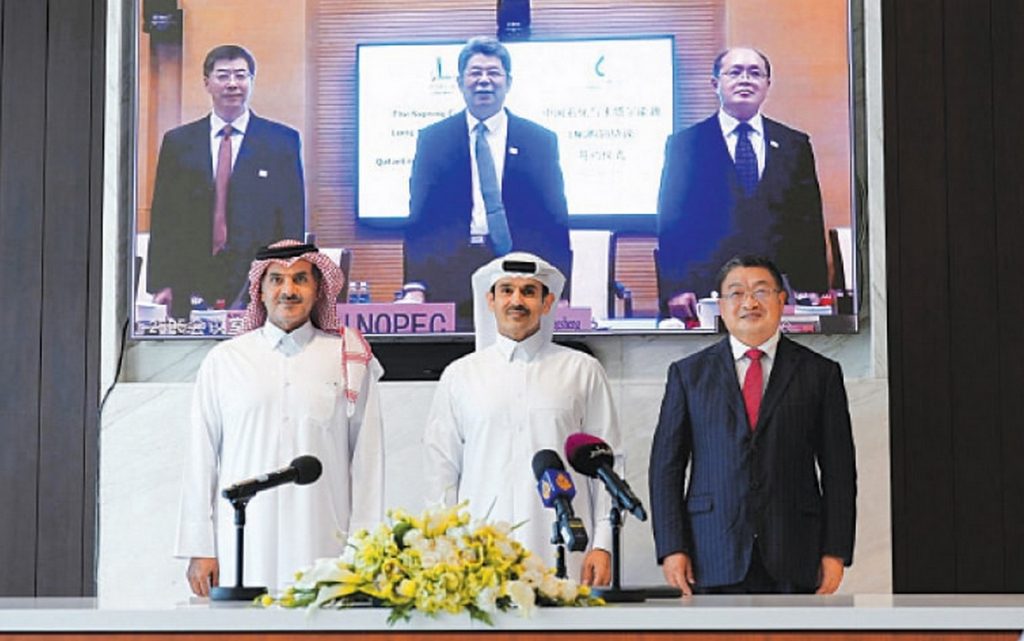 Qatar announced Monday the signing of a 27-year agreement with China to supply it with liquefied gas, noting that it is the longest liquefied gas deal in the history of this industry, in the midst of a global energy crisis caused by the war on Ukraine.

The announcement came at a time when Europe is seeking to resort to alternative sources of Russian energy supplies, without reaching a similar agreement with the gas-rich Gulf emirate.

Under the agreement, Qatar Energy Company intends, according to what was announced by its CEO, the Qatari Minister of State for Energy Affairs, Saad bin Sherida Al Kaabi, at a press conference, to “supply four million tons annually from the Northeast LNG field expansion project” over a period of 27 years.

Al Kaabi said, “This contract is the longest in the history of the liquefied gas industry,” noting that this agreement “will strengthen the distinguished bilateral relations between the People’s Republic of China and the State of Qatar, and will help meet China’s growing energy needs”.

Asian countries (China, Japan and South Korea in the foreground) constitute the main market for Qatari gas, which European countries have increasingly captured since the start of the Russian invasion of Ukraine.

However, negotiations with the Europeans faltered as Germany and other countries refused to sign long-term agreements that Qatar concluded with Asian countries.

The North Field, consisting of the eastern and southern parts, is at the center of Qatar’s strategy to expand LNG production by more than 60% to reach 126 million tons by 2027.

“Qatar Energy has a lot of LNG to market, between the Northeast field expansion and the contracts that are about to expire, but the company is very confident about the demand,” said researcher Ben Cahill of the Washington-based Center for Strategic and International Studies.

He adds, “With buyers concerned about energy security and seeking to ensure that they obtain quantities starting in the middle of the decade, Qatar Energy cannot accept less than long-term contracts”.

Qatar is one of the world’s major producers of liquefied natural gas, along with the United States and Australia.

The offshore North Field is the largest natural gas field in the world and shares it with Iran.

China is the first country to reach a sale and purchase agreement from the Northeast Field project.

The head of the Chinese Sinopec company, Ma Yongxing, who spoke via video conference technology from Beijing, described the agreement as historic.

And he announced that the company also requested officially a full stake in the North South field, which was acquired by Western companies, including the American ConocoPhillips, the French Total Energies and the British Shell.

The three companies own 25% of the shares, while Qatar Energy Company holds the remaining shares.

Al Kaabi stressed that the agreement “will strengthen the distinguished bilateral relations between China and Qatar, and will help meet China’s growing energy needs”.

Economic relations, which were previously important between China and the Gulf countries, the strategic partner of the United States and the Europeans, have strengthened especially in recent years.