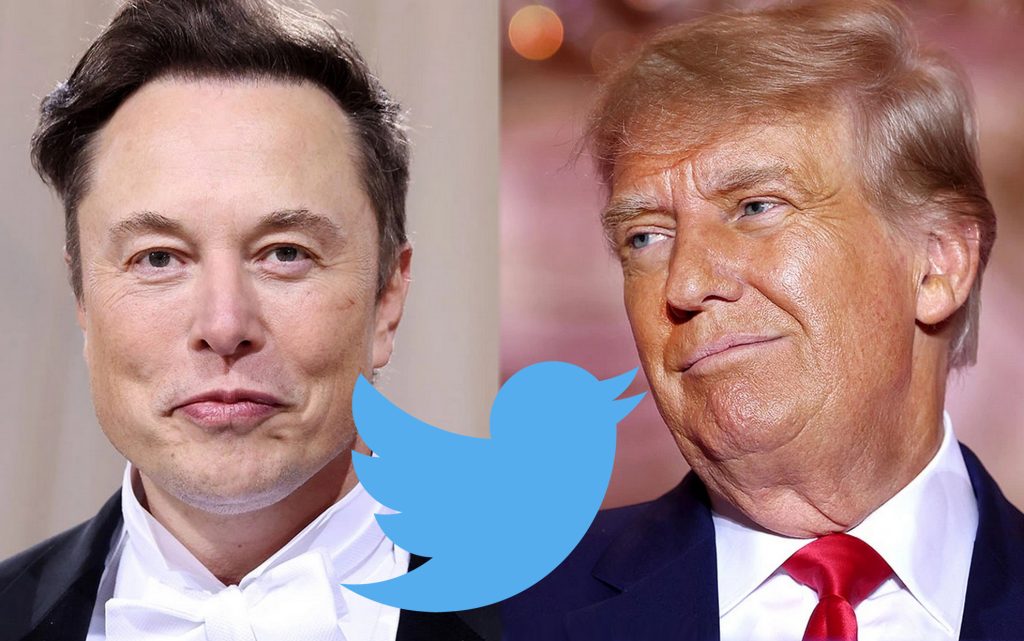 Elon Musk announced, on Saturday evening, November 19, that Trump’s Twitter account would be restored, minutes later, the former president’s profile was unblocked and his blue checkmark restored, according to US media.

Elon Musk said that a slim majority of Twitter users, in a poll, supported reactivating the account of former US President Donald Trump, who was banned from using the social network website due to accusations of incitement to violence.

The results of the poll organized by Musk, in which about 15 million Twitter users participated, showed that 51.8% agreed to reactivate Trump’s account.

Twitter administration, along with other electronic platforms, decided to permanently ban Trump’s account, after his supporters stormed the Capitol Building in Washington on January 6, 2021.

For his part, Trump issued a statement on Saturday about the poll, and the possibility of recalculating it.

“The social truth is special!” referring to the platform that launched it.

He also explained in a virtual appearance at a Republican Jewish Coalition leadership meeting, saying that although he “always loved” Musk and was happy to have bought him Twitter, he “sees no reason” to return to the platform.

“They have a lot of problems with Twitter,” Trump said.

The banning Trump and other figures on the political right has sparked outrage among conservatives, who accuse Facebook and other major social media platforms of censorship and liberal biases.

Since Musk took over the company last month, he has brought back other notable people and companies, including right-wing Canadian podcaster Jordan Peterson, far-right satirical website Bubble B, and comedian Kathy Griffin, who was suspended after impersonating Musk on Twitter.