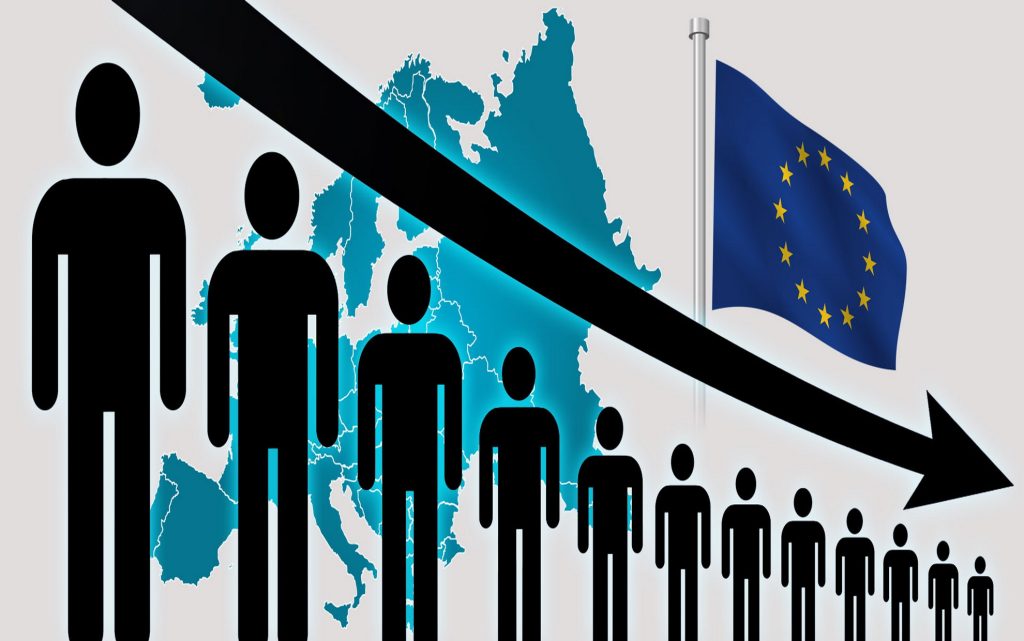 The Guardian newspaper citing experts, revealed that the population of many European countries will decline by 2050.

In former Soviet Union, and one of the three Baltic republics, Latvia which its population was decreased by 30% since 1991, and by 2050 it will decrease by 23.5%.

According to Imants Paradix, the Latvian government’s advisor on demography, this is an existential problem for Latvia.

According to the country’s Central Statistical Office, in 2021, the death rate among the population of Latvia was twice the birth rate.

It was determined that the birth rate was 1.57 children per woman.

This figure is slightly higher than the European average, but it is well below the level during the Soviet era of 17.42 thousand against 40 thousand or more annually in the late 1980s.

The Latvian government confirms that it plans to increase the birth rate within the country and the return of more than 300,000 of its citizens from abroad.

The Guardian pointed out that by 2050, according to the United Nations, the population will decrease in more than half of Europe’s 52 countries, including Italy, Spain, Poland and Germany, and in five countries Bulgaria, Latvia, Lithuania, Serbia and Ukraine, the decrease is expected to be more than 20%.

As for the reasons behind that decline, The Guardian showed that one of the factors behind this dramatic decline is the decline in fertility rates in Europe in general.