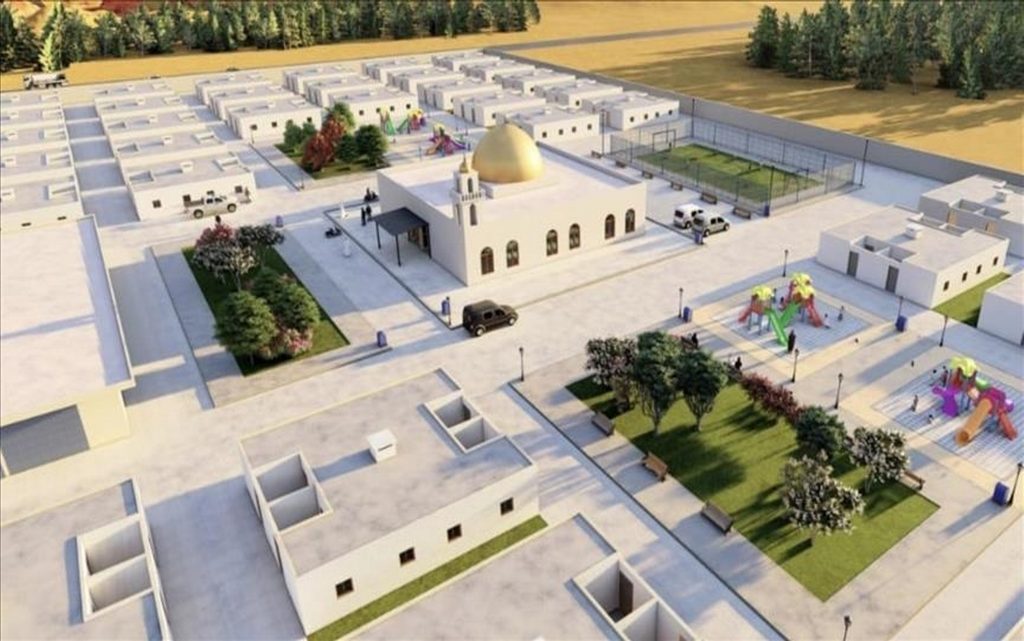 A Canadian charitable organization announced its project to build a residential village in northern Syria, providing housing for more than 3,500 displaced people in the region, as part of an integrated project that provides all basic services.

The project bears the name “Village of Hope,” according to what the Turkish Anadolu news Agency quoted from the Canadian “Human Concern International,” and it will be built in the al Bab or Afrin area in the countryside of Aleppo, to provide permanent shelter for the displaced.

It is planned to build 500 homes, a hospital, a mosque, a school, parks, a soccer field and a market in the village, at a cost of $1.7 million, through non-governmental donations obtained by the association.

According to the charity, upon completion of the project, more than 3,500 people will be accommodated, who will live in 500 houses, each consisting of two rooms, a kitchen, a bathroom and a living room, with the provision of basic services such as clean water and electricity.

The cost of one house is 3,700 Canadian dollars.

The village will provide much more than a shelter for Syrians suffering from poverty.

It will provide a renewed sense of stability and dignity.

In the details of the project, a school with a capacity of 1,000 male and female students will be built, including 16 classrooms, 6 toilets (3 for boys and 3 for girls), administrative rooms, a solar energy system, and all required school furniture and equipment.

A mosque will also be built in the center of the village in order to perform daily prayers, Friday prayers.

The construction of the village may take 12 to 16 months to complete, according to preliminary estimates, and the first goal is to build 35 homes this month.

The Canadian Islamic Charitable Foundation didn’t mention other details about the mechanism for selecting the displaced who will live in this village, or any other considerations related to the priority of housing.