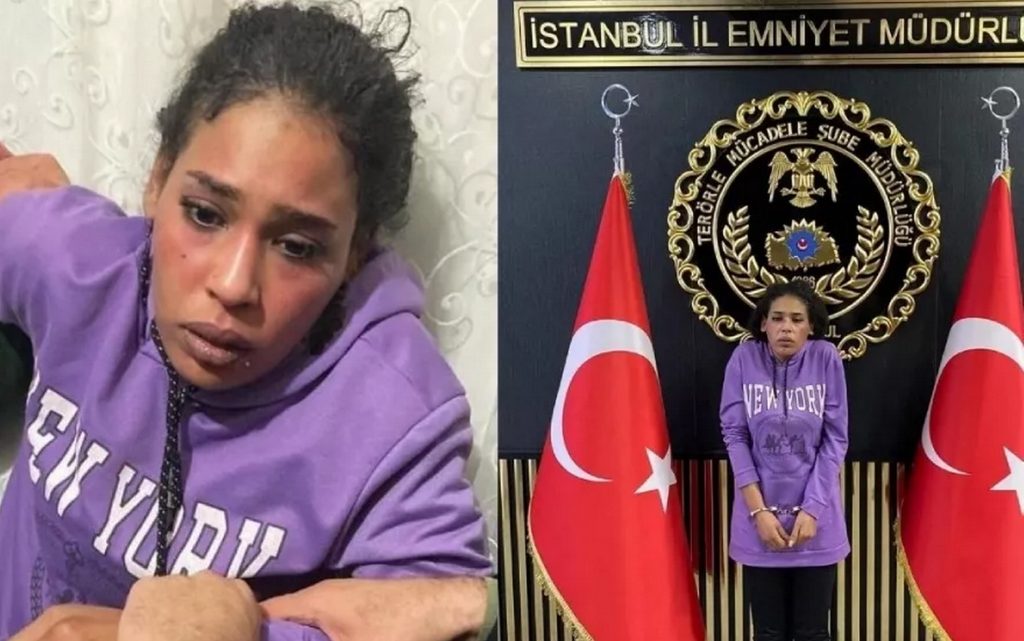 Ahlam al Bashir, the perpetrator of the attack on Istiklal Street in Istanbul, admitted, during her first interrogation with the Turkish authorities, that she had received the order to carry out the attack from a senior official in the PKK organization, whose code name was “Haji”.

While the investigation by the Public Prosecutor’s Office in Istanbul continues regarding the attack on Istiklal Street on November 13, which killed 6 people and injured 81 others, the questioning of the attacker, Ahlam al Bashir, who was arrested by the Turkish security forces, continues.

According to information obtained by Turkish Anadolu Agency from security sources, on Wednesday, al Bashir, who was arrested in the Kucukcekmece district of Istanbul, while she was planning to flee abroad through the border state of Edirne after carrying out the bombing.

The sources added that the terrorist confessed that she is in contact with a senior official in the intelligence unit within the “PKK/KCK/BYD/YPG” organization in the Syrian Manbij region, known by his nom de guerre “Haji”.

She also admitted that she had received orders from “Hajji” to carry out an attack, and that she had entered Türkiye through Afrin-Idlib after staying in the city of Manbij for two months.

The bombing, which took place Sunday in central Istanbul, killed 6 people and wounded 81 others, two of whom are in critical condition.