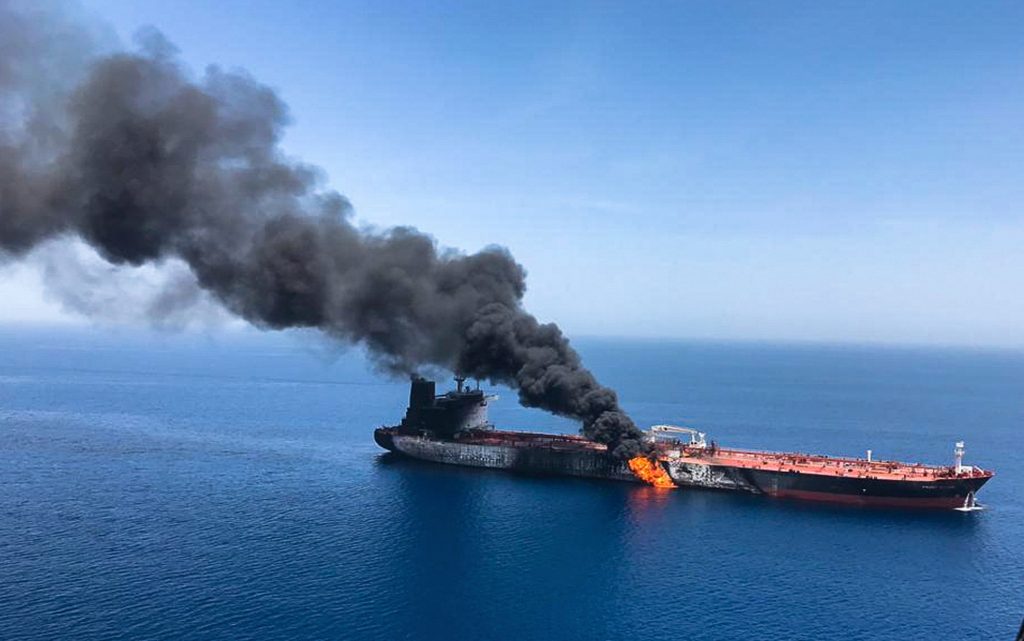 Israeli media reported, quoting reports, Wednesday, that “an Israeli oil ship was attacked by a drone off the coast of Oman”.

The Israeli media stated that “an armed drone attacked the Pacific Zircon oil tanker, owned by Israeli businessman Idan Ofer,” noting that “the tanker carries the flag of Liberia and belongs to a company from Singapore”.

US Fifth Fleet spokesman Timothy Hawkins said the fleet was “aware of an incident involving a merchant ship in the Gulf of Oman”.

A high-ranking security official told The Associated Press that “a drone loaded with explosive materials exploded on the ship,” pointing out that “the extent of the damage to the tanker is not yet clear”.

“The incident is currently under investigation,” the agency quoted a British organization that tracks the movement of ships at sea as saying.

The Eastern Pacific Shipping Company said it was investigating an incident involving its tanker, the Pacific Zircon.

The company added that “the ship was carrying gas oil, and minor damage was reported to the ship’s hull, without the cargo leaking or injuries among the crew members”.

According to the Marine Traffic website, which tracks shipping, the tanker Pacific Zircon was last seen off the coast of Oman, on Monday morning, and then left the Omani port of Sohar, and its destination was the port of Buenos Aires in Argentina.