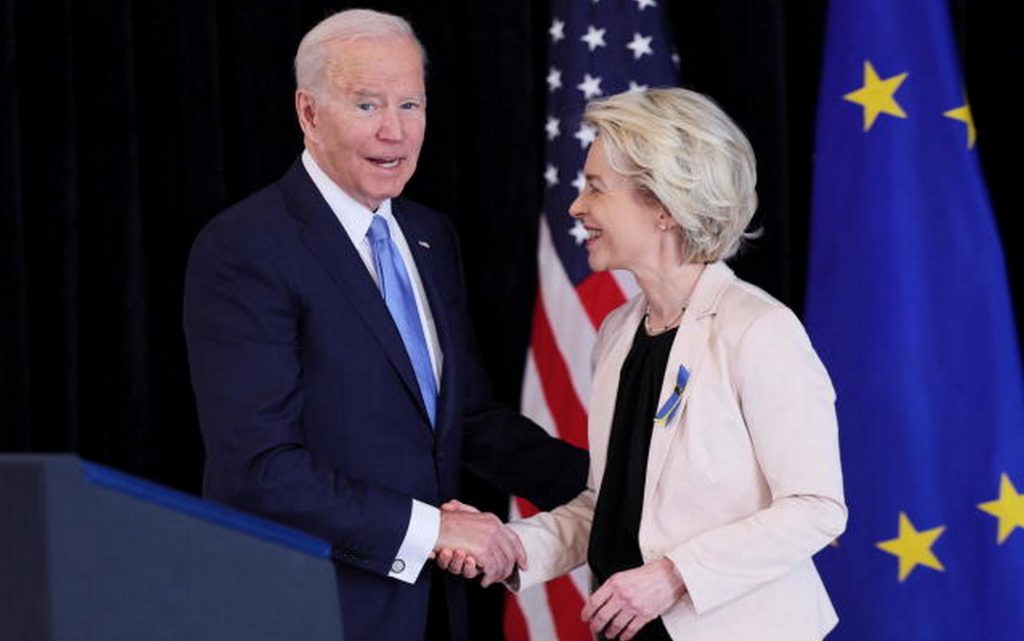 The United States creates, imposes and implements successive packages of sanctions against Russia, which in turn leads to higher energy prices in Europe, which is prompting dozens of European companies to move to the US, where lower taxes, safety and environmental regulations, and labor rights are more appropriate for it, and thus achieve much higher profits for investors to stay in Europe, which is suffering greatly due to the energy crisis, which will worsen with the onset of winter.

The United States isn’t exposed to an energy crisis like Europe is suffering from today, as America can supply its energy by itself while it is far from the scene of the burning conflict in Europe.

And supply chains are less risky in the United States than in Europe, so that there is less reason for companies to stay in Europe and do anything but sell to Europeans.

The Modern Diplomacy magazine, says that European leaders cooperated with American leaders to bring about this European retreat, by joining the American sanctions against Russia instead of refraining from it.

On September 25, Irish Examiner commented on European companies moving to America, saying that the European industry is swaying under the weight of high energy prices, with Volkswagen, Europe’s largest carmaker, warning last week that it may restore production plans from Germany and Eastern Europe if Energy prices have not gone down.

On the same day, Oil Price dot com said Europe faces a mass exodus of energy-intensive industries to America, noting in particular that “US steel giant ArcelorMittal said earlier this month that it would cut half of production at a steel plant in Germany.

The company said it based its decision on the rise in gas prices.

The same company decided earlier this year that it plans to expand its operations in the US state of Texas due to the energy crisis in Germany.

In contrast to Europe, American industries are witnessing a recovery.

On September 26, the New York Times posted a report, saying that “factory jobs in the United States are thriving like the seventies, as American manufacturing is witnessing a great recovery, amid high consumer demand for products”.

As of August of this year, US manufacturers have secured about 1.43 million jobs, a net increase of 67,000 workers above pre-pandemic levels.

And this is only the beginning of America’s industrialization and recovery, because the job bleeding from Europe has only just begun.

German companies will go to the American market, leaving European workers behind to sink on their own.

While the British UnHerd magazine says, “The European Union is sleeping towards chaos, as its sanctions on Russia paralyze the working class in the European bloc, noting that the emptying of Europe’s economies will make the working classes in Europe more suffering, as they are abandoned by a group from high net worth investors, who send their money abroad easily”.