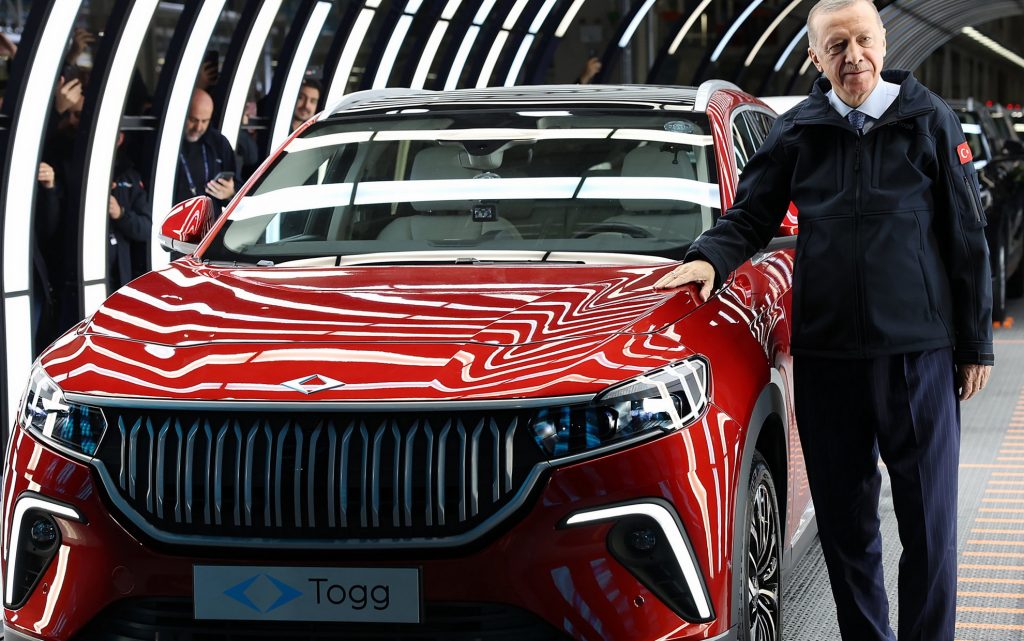 On Saturday, Turkish President Recep Tayyip Erdogan witnessed the inauguration of the factory of the first Turkish domestic car.

Erdogan inaugurated the car factory bearing the “TOG” brand, in the Gemlik district of Bursa, according to a statement from the Turkish presidency.

In his speech at the opening ceremony, the Turkish President said: “TOG” is the name of the project that makes us feel the joy of realizing this common dream for a strong future for our country.

We’re witnessing the realization of a 60-year-old dream through the production of the first domestic car that we present to you today.

And he added: “For this reason, we say that the Turkish domestic car “TOG” is a source of pride and shared pride for 85 million people all over Türkiye”.

The opening of the first local car factory in Türkiye coincided with the celebration of the 99th anniversary of the founding of the Turkish Republic.

The price of the “TOG” car is expected to be announced in February 2023, with the start of initial sales, and it will be exported to the rest of the world only 15 to 18 months after it was put up for sale in Türkiye.

The CEO of the joint venture, Gurkan Caracas, indicated that the current production capacity of the “TOG” plant is capable of manufacturing 100,000 cars annually, and that its initial goal in 2023 is to increase production to reach 17,18,000 SUVs from the “C” category.