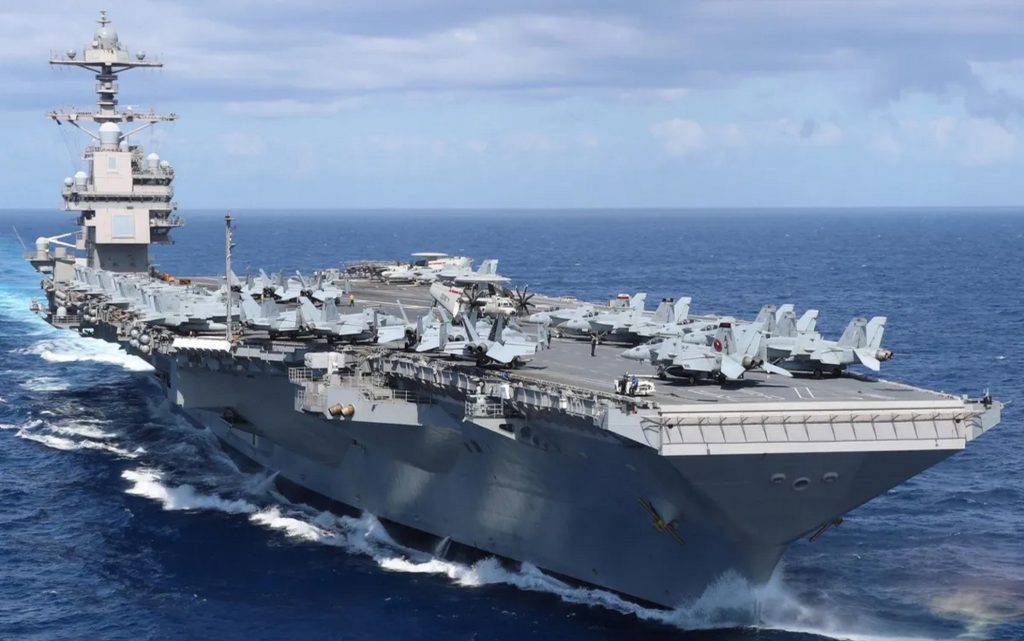 The US Navy’s newest aircraft carrier set sail on Tuesday for its maiden mission, despite the problems encountered in bringing it into service earlier due to its advanced technologies.

The aircraft carrier “USS Gerald Ford”, which cost more than 13 billion dollars to build, will, in its first mission, conduct joint exercises with several countries, including Canada, France and Germany, including training in air defense, anti-submarine warfare and amphibious operations.

A live broadcast on the US Navy’s Facebook account showed boats pulling the carrier away from the pier at Naval Station Norfolk, Virginia.

In a statement before the carrier sailed, Rear Admiral Daryl Cuddle said its deployment would “demonstrate its unrivaled, multiple and all-encompassing lethal capabilities in the Atlantic”.

The US Navy pointed out that nine thousand people, 20 ships and 60 aircraft from nine different countries will participate in the first deployment of the carrier, which is more than 335 meters long and reaches a speed of more than 54 kilometers per hour despite its weight of more than 100,000 tons.

Named after the 38th US president, the carrier requires hundreds of fewer crew members to operate than older carriers, and is designed to be capable of carrying future weapons still in development.

One of the major improvements to this carrier was an increase in the rate of aircraft taking off and landing, but problems with its operating systems, according to a June 2022 report submitted to Congress.

The carrier’s weapons elevators, which transport missiles and bombs from its stores to its surface for loading on board aircraft, also suffered from some problems, and its deployment was postponed the first time until all defects were fixed.