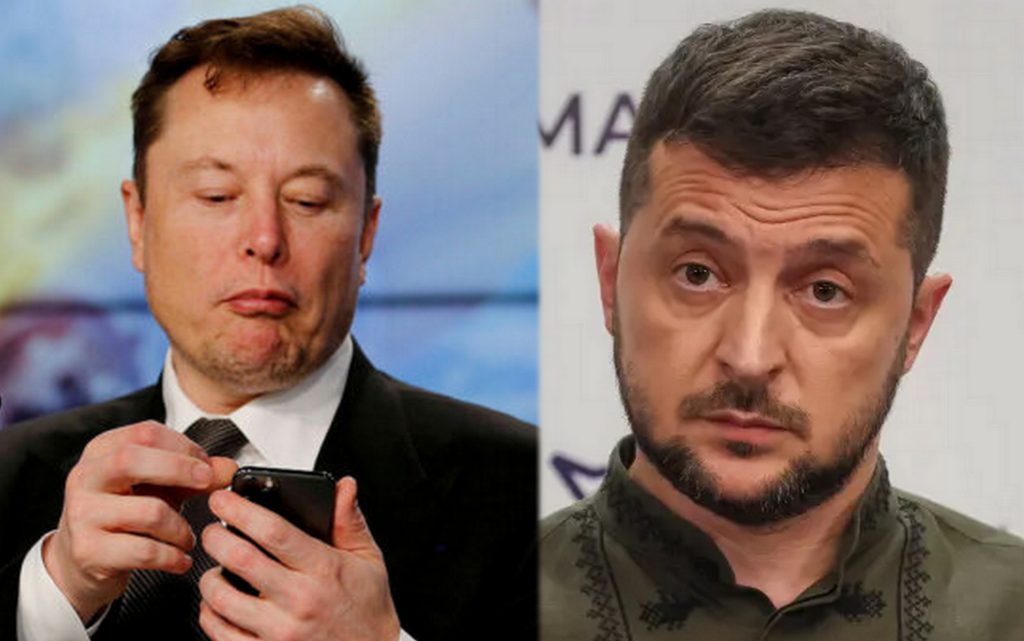 A confrontation erupted on Twitter between Ukrainian President Volodymyr Zelensky and Tesla CEO Elon Musk, due to his recent tweet about the war in Ukraine.

On Monday, October 3, 2022, Musk called on Twitter users to think of a plan to end the Russian war in Ukraine, and Musk, the richest person in the world, proposed holding elections under the supervision of the United Nations in four Ukrainian regions, which Moscow annexed to its territory last week.

You are assuming that I wish to be popular. I don’t care.

I do care that millions of people may die needlessly for an essentially identical outcome.

Kyiv and Western governments had denounced the referendums organized by Russia in the four Ukrainian regions: Kherson, Zaporizhia , Lugansk and Donetsk, saying that the referendums were illegal and sham.

Musk also ruled out Ukraine’s ability to defeat Russia, and said that “Russia is now mobilizing partial, and will move to full mobilization for war if Crimea is endangered,” adding, “Russia will leave if this is the will of the people”.

Musk also proposed formally recognizing Crimea, which Moscow seized in 2014, as Russian, ensuring Crimea’s water supply and Ukraine remaining neutral, and asking Twitter users to vote yes or no on the plan.

In another tweet, he added: “Let’s try this next: People living in Donbas and Crimea should decide at their own will whether they are part of Russia or Ukraine,” and said he didn’t care if his proposal was unpopular, arguing that he cared about “the deaths of millions of people” people unnecessarily for a basically similar outcome”, he added, “If you care about the people of Ukraine, ask for peace”.

Musk’s tweet sparked outrage in Ukraine even for President Zelensky, who responded to the billionaire with a tweet in which he put a poll: “Which of Elon Musk do you like more?” providing two answers: one supports Ukraine, the other supports Russia.

Zelensky wasn’t the only president to comment on Musk’s tweet, with Lithuanian President Gitanas Nauseda tweeting: “Dear Elon Musk, when someone tries to steal the wheels of your Tesla, it doesn’t make them a legal owner of the car or the wheels”.

Musk had taken a step in Ukraine’s favor at the start of the war, and in February 2022, when Ukraine’s internet was disrupted in the wake of the Russian attack, Musk responded to a tweet by a Ukrainian government official asking for help.

Musk said that SpaceX’s satellite broadband service, Starlink, is available in Ukraine, and that SpaceX is sending more terminals to the former Soviet republic.

“The cost of SpaceX to enable and support Starlink in Ukraine is about $80 million so far,” Musk wrote on Twitter.

Our support for Russia is zero dollars… It is clear that we are pro-Ukraine”.

“Fuck is a very diplomatic response to you, Elon Musk,” Melnyk wrote on Twitter.