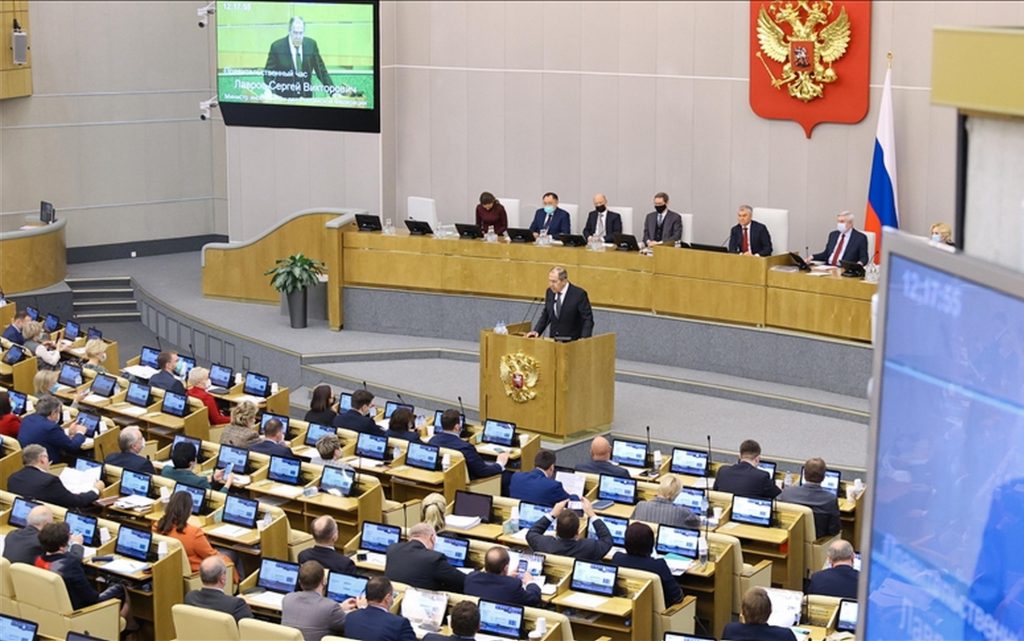 The Russian President Vladimir Putin on Sunday referred four draft federal constitutional laws to the State Duma on the accession of the four Ukrainian provinces to his country.

This came, according to what was reported by RT, according to the press service of the House of Representatives of the Russian Parliament.

The Chairman of the State Duma Committee Pavel Krashennikov said that residents of the four regions (Lugansk, Donetsk, Kherson and Zaporozhye) will be able to obtain Russian citizenship after submitting an application and taking an oath.

He added that Russia will recognize documents issued by Donetsk, Lugansk and Ukraine on education, work experience, the right to a pension, and social and medical assistance.

The parliamentarian noted that until January 1, 2028, it will be possible to register real estate rights in the new territories on the basis of Ukrainian documents.

According to the submitted documents, Vladimir Putin will appoint temporary leaders of the new regions 10 days after the day these lands were accepted into Russia.

Elections will also be held in the four regions in September 2023, and the official currency in the regions will be the Russian ruble, but until the end of this year, the use of the Ukrainian UAH is allowed.

The budget law will be in effect in the new regions of the union as of the beginning of next year, and the Russian government will determine the details of the budget, and the regular military formations of the four regions will join the Russian armed forces.

Earlier on Sunday, the Constitutional Court ruled that the treaties on the new lands were compatible with the country’s Basic Law.

The State Duma will consider draft constitutional laws on the accession of the four Ukrainian provinces to the Russian Federation at a plenary session on 3 October.