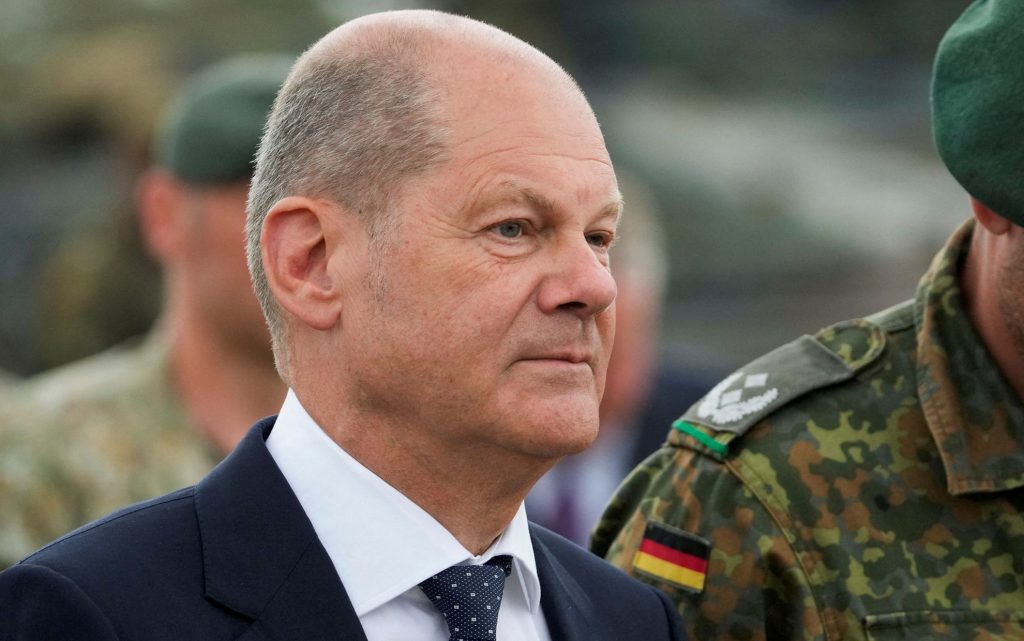 The Guardian newspaper posted a report talking about Germany’s refusal to take a decision on the delivery of Leopard 2 tanks to Ukraine, during a Western defense meeting held at Ramstein Air Base in Germany last Friday, which Ukraine demanded but didn’t happen.

The Guardian pointed to a number of military commitments that resulted from the meeting.

Berlin did this for many reasons, each individually understandable, but taken together to diminish the larger reality of Russian aggression.

Concerns include US caution in delivering American tanks to Ukraine, German history, reluctance to have Berlin as Europe’s military leader, divisions in German public opinion, the unity of the coalition government, a new defense minister and, above all, future relations with Russia.

Berlin may be Ukraine’s largest European supporter in terms of spending, but it is often slow to act.

Reactions to the Rammstein meeting in the Baltics, as well as in Germany, suggest that the hesitation about tanks may in fact be temporary…It wasn’t an irrevocable rejection.

However, it epitomizes continued indecision about how far to engage in support of Ukraine.

In Moscow this will be read as European weakness, however, the issue of supporting Ukraine hasn’t changed one iota.

The need to resist the threat from Russia hasn’t diminished.

The threat from Putin in Eastern Europe and to democracy hasn’t diminished.

What is the reason for German reluctance to supply Ukraine with Leopard tanks?

The Guardian believes that the large deployment of Western tanks will reshape the Ukrainian war effort, because Western battle tanks are faster than Russian tanks, have greater and more accurate firepower, and will be an important part of any integrated Ukrainian military advance, with the aim of regaining lands from the Russians or preserving the lands that they occupied.

It has already been restored, possibly setting the stage for some kind of tentative peace talks.

The Guardian said that last Friday’s hesitation was also logistical, because transporting tanks to the front line isn’t an easy task.

But in the end, it all comes down to German political will.

But Germany can now allow Ukraine to receive tanks to defeat the Russians.

If this doesn’t happen, then the fate of the Ukrainians may have been decided by what didn’t happen in Rammstein.