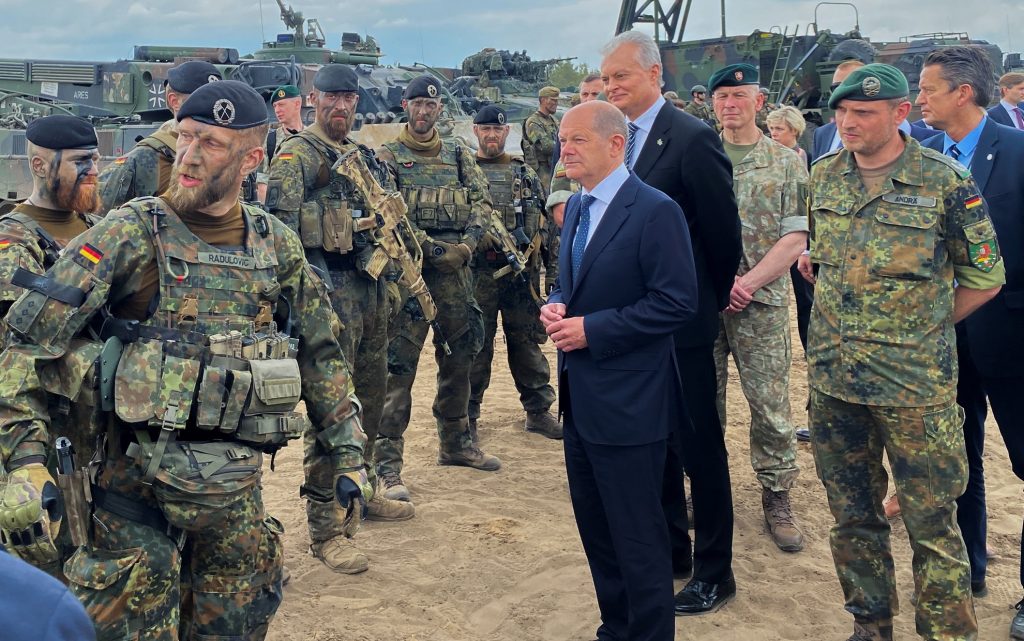 For a decade, Germany has asserted that it wants to take on more responsibility in the world, however, its military apparatus isn’t moving in this direction.

In Paris, as well as within NATO, Berlin’s procrastination is being pursued to modernize the German army in the hope that Germany will become a reliable military power.

However, a number of these mechanisms are not ready for service.

During the recent exercises of the German army, 18 Puma tanks broke down.

To be ready, this army also lacks personal equipment such as helmets, backpacks, flak jackets, small and large equipment, from radios and ammunition to tanks.

The Bundeswehr lacks almost everything, a legacy of decades of underinvestment, According to the report.

After the end of the Cold War, Berlin cut its defense spending further because military issues had no political standing in a country traumatized by the Second World War.

The Bundeswehr continues to suffer from limitations in its operations.

It’s also out of the question for the Germans to carry out combat missions outside Germany, and the German army has satisfied itself in its foreign missions such as Kosovo, Mali, and other missions within large alliances with reconnaissance, training, or supply missions.

Since January 1, Germany has commanded NATO’s High Readiness Joint Task Force (VJTF), the alliance’s fastest reactionary force, which should be able to deploy in a few days when necessary.

The German army officers realize that their army, which assumed command of these Special Forces for the first time, must assume military responsibilities, and therefore they demand an increase in the army’s resources and its capabilities.

By voting on a €100 billion extraordinary fund, and finally allocating 2% of its GDP to defense, Berlin is matching its political will to modernize the army with its huge financial resources.

Germany is also seeking to purchase an anti-missile defense system.

However, the funds will only be disbursed incrementally to deal with the most urgent cases.

A third of the value of the special fund, amounting to 100 billion Euros, will be allocated to the purchase of US F-35 aircraft, as this weapon is only qualified to carry the US nuclear weapons stationed in Germany.

And while German participation in deterring NATO was taboo in Germany, since the Russian invasion of Ukraine, German public opinion began to shift, and political leaders began to understand this.

The US Army has 5 military bases in Germany, five out of 7 bases in Europe.

The Ramstein base, which is the main base, hosts the US Command of the US Army in Europe and Africa.

There are 30,000 US soldiers stationed in Germany.

For Berlin, this presence is a guarantee of security.

It also influences German politics by aligning Berlin’s interests with US priorities.

The MAWS has faltered, as has the Tiger Standard 3 helicopter, and the MGCS tank, the tank of the future that will replace the Leclercs, remains mired in industry competition.

With regard to the Scaf aircraft, these future aircraft are being developed in cooperation with France, Germany and Spain to replace the Rafale aircraft, in a step taken at the end of last year, which guarantees the management of the French aircraft industry project and the preservation of its technology.

Germany provides reasons for not handing over heavy weapons to Ukraine, especially the Leopard 2 tanks, most notably that this may lead to an escalation of the conflict.

Germany also refuses to go it alone (by handing over heavy weapons and waits for the Allies to agree.