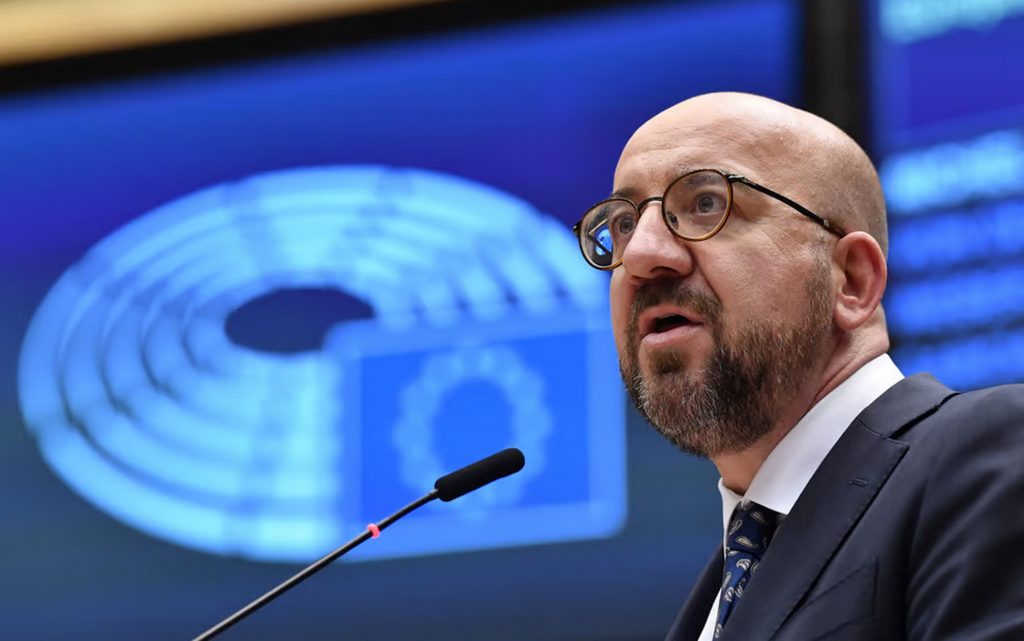 The President of the European Council, Charles Michel, encouraged EU leaders to press ahead with talks on using the confiscated assets of the Russian Central Bank worth $300 billion to rebuild Ukraine.

Charles Michel wants to discuss the idea of ​​managing the frozen assets of the Russian Central Bank to generate profits that can then be allocated to reconstruction efforts.

“It is about justice and fairness, and it must be done in line with legal principles,” the President of the European Council added.

The European Union froze 300 billion Euros ($326.73 billion) of the Russian Central Bank’s reserves last November, to punish Moscow for its war in Ukraine.

The war in Ukraine and the barrage of Western sanctions that resulted from it turned some sectors of the Russian economy upside down, as it caused the disconnection of its largest banks from the network of the Association of Global Inter-Bank Financial Telecommunications “Swift System”, and restricted its access to technology and limited its ability to export oil and gas.

While the government and central bank have acknowledged the difficulties, Moscow says its economy is resilient and that the sanctions have backfired on the West by increasing inflation and energy prices.

In a related context, a few days ago, Russian President Vladimir Putin said that his country’s economy likely shrank by 2.5% in 2022, but its performance was better than most experts expected.

The Russian president, who was speaking at a meeting with senior officials including the finance minister and the head of the central bank, added that real wage growth needs to increase.

He continued, “It turned out that the actual activity was better than the experts expected, and according to the Ministry of Economic Development, the gross domestic product in Russia decreased between January and November 2022, but by only 2.1%”.