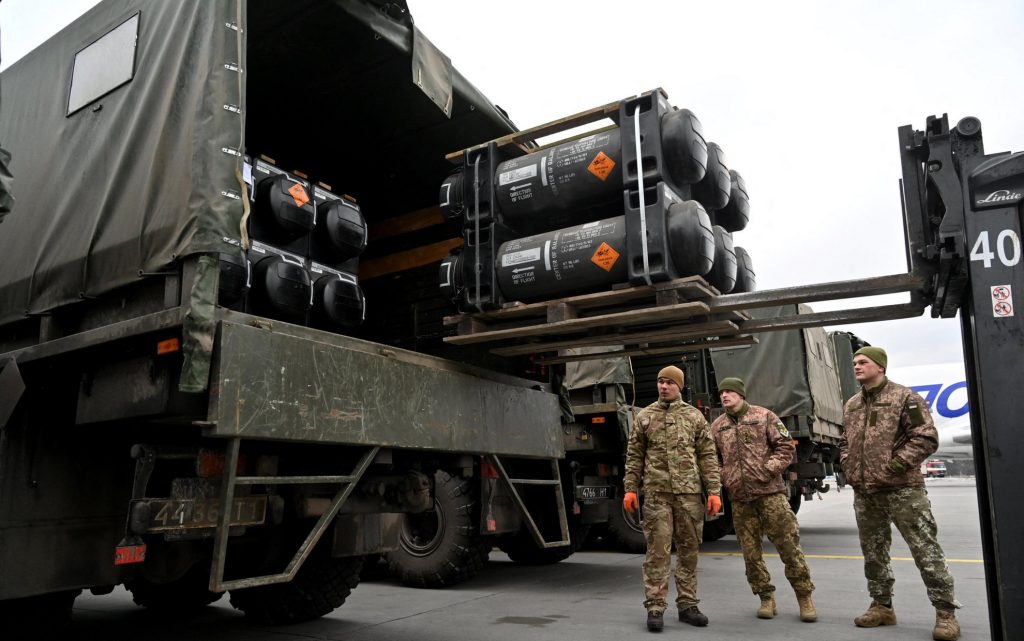 A military study revealed a significant shortage in the US weapons stockpile due to Ukraine.

The Wall Street Journal, revealed in a study that Ukraine has consumed a 7-year stockpile of US production of Javelin missiles.

The current US arms stockpile is insufficient in wartime.

According to the study, the United States will suffer from lack of ammunition in case of any future confrontations such as facing China.

This comes at a time when the head of the US Navy Command, Darrell Codel, said that his country is suffering from a delay in receiving ammunition.

Since the start of the Russian military operation in Ukraine last February, Washington has sent tons of military aid to Kyiv.

However, Ukraine is still asking Western countries for more heavy equipment, stressing that this will be a decisive factor in the war with Russia.

In addition, the Chief of the General Staff of the Russian Armed Forces, Valery Gerasimov, confirmed on Monday, that “the Russian army is practically confronting all the collective West in the military operation in Ukraine”.

“The special military operation in Ukraine is being carried out under the command of the General Staff,” Gerasimov added, noting that “modern Russia has never witnessed such a level of intensity of military operations”.

On the other hand, the Ukrainian Minister of Defense, Alexey Reznikov, had admitted, earlier, that his country was implementing NATO plans against Russia, by fueling the crisis with Moscow.

Reznikov said that the Ukrainian soldiers are carrying out NATO’s mission, and are participating in the conflict against Russia instead, calling on Western countries to provide Kyiv with weapons and equipment, on the grounds that it is a real shield that protects Europe’s interests in the region, as he described it.

Europe pledged to continue to support Ukraine with weapons in 2023, through the European Union’s foreign policy coordinator, Josep Borrell, who confirmed the progress in supplying Kyiv forces with weapons.

The United States also intends to supply Ukraine with Sea Sparrow anti-aircraft missiles, as part of the new weapons package.