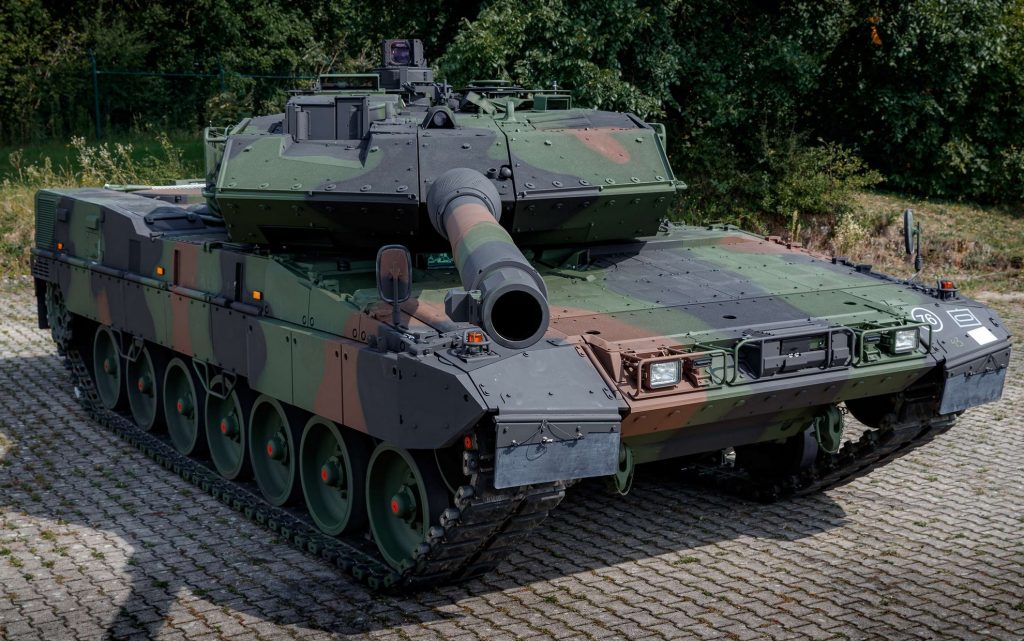 The Wall Street Journal reported that Berlin won’t allow German tanks to be sent to Ukraine unless Washington sends its tanks.

The Wall Street Journal quoted senior German officials on Wednesday, as saying, “Germany won’t allow allies to ship German-made tanks to Kyiv to help in its defense against Russia, and won’t send its own systems unless the United States agrees to send US-made battle tanks”.

NATO has more than 2,000 German-made Leopard tanks, which are among the most advanced tanks in the world, according to the London-based International Institute for Strategic Studies.

Rasmussen said that, he saw no logical argument for Germany’s reluctance to send tanks to Ukraine, or to allow other European countries to do the same.

Rasmussen added, “We shouldn’t give Putin time to come up with new harsh strategies… Therefore, we must force the Russians to take a defensive position”.

According to the German sueddeutsche website, during a phone call that took place last Tuesday, between US President Joe Biden and German Chancellor Olaf Scholz, the latter made it clear that Germany couldn’t succumb to pressure unless the United States, in turn, delivered main Abrams battle tanks.

Scholz has always emphasized that Germany won’t go it alone when it comes to military support to Ukraine.

As ground fighting continued in eastern Ukraine, Kyiv called on Berlin to provide it with German weapons and tanks necessary to survive.

For its part, Britain, France and Poland pledged more weapons to Ukraine, saying it would send its Challenger 2 main battle tanks, as well as artillery support.

One day after that, Finland made a similar permit to supply tanks to Ukraine, to the embarrassment of the German government, the country that manufactured the Leopard 2 tanks, as Berlin didn’t take a decision to send these tanks.

Europe has surpassed the United States for the first time in the value of total aid committed to Ukraine, after the European Council promised to send 18 billion Euros to Kyiv.

A few days ago, the German Rheinmetall arms company, which is supposed to manufacture Leopard tanks and send them to Ukraine, announced that it wouldn’t be able to deliver the batches before 2024.

According to the German tagesschau website, “Build am Sonntag” CEO Armin Papberger said, “It’ll take time to repair the tanks”.

Currently, there is no doubt that the German Chancellor Olaf Scholz is under increasing international pressure in order to take a very important decision regarding sending German tanks to Ukraine, noting that Scholz is resisting moving further in the direction of Ukraine, for fear of provoking Russian President.