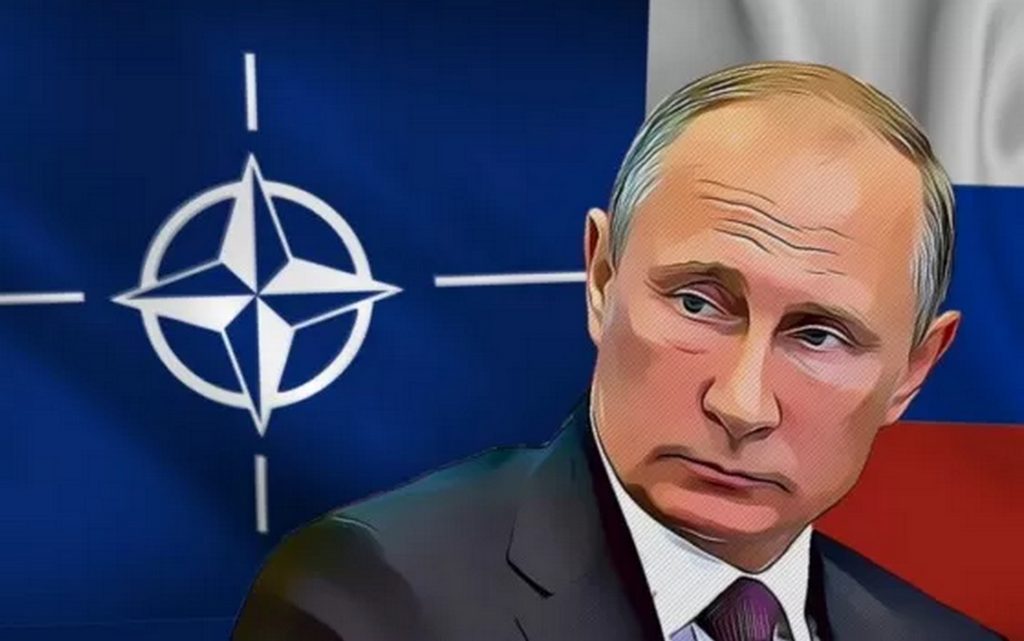 The Russian special military operation in Ukraine revealed multiple and dangerous weaknesses of the North Atlantic Treaty Organization (NATO) in the face of Russia, according to a report by the Wall Street Journal.

The report said that, “The weaknesses of the Western military alliance are still unfolding, despite the military operation approaching its second year”.

The most prominent weaknesses of the alliance, were represented in weak supply and delivery equipment, a problem that appeared clearly in the Ukrainian case, and was indicated by two prominent incidents.

The first was when France wanted to send its Leclerc tanks to reinforce the military defenses of its NATO ally, Romania, last September, as their ally, Germany, opposed moving tanks through its highways.

For its part, the German authorities opposed the matter at the time because the total weight of those tankers exceeded the legal limits for the permitted weights on most roads in the country, and offered to use another road, but Paris rejected it.

France sent the tanks via railways, which caused a delay in the arrival of the tanks to Ukraine.

The report continued, “The second incident is related to planes… After most of the Ukrainian airports, planes, and air defenses were destroyed at the beginning of the Russian military operation, Poland offered to provide its fleet of MiG planes to Kyiv, in exchange for Washington to replace it with newer planes.

Indeed, Washington agreed, but it backed down from the idea later.

It was said at the time that the reason for Washington’s retreat was its fear of Moscow’s reaction, but it became clear later that the real dispute was over how to deliver Polish fighters to Kyiv, whether from US bases or from NATO bases.

The report also pointed out that the military operation reminded NATO military planners of a problem that some of them have long raised in recent years, which is the difficulty of transporting military equipment on the territory of the European continent.

NATO’s supply infrastructure collapsed with the collapse of the Soviet Union, and consultations stopped and communication between Military supply experts and civilian transport authorities.

It’s noteworthy that Western Europe sold a large share of the railway stocks designated for war, and governments enacted legal regulations to restrict the movement of weapons, explosives and other dangerous materials across borders.

When NATO expansion into the former Warsaw Pact countries came after 1999, the new officials had no experience with roads and railways suitable for use during a crisis.

For many years, critical supply areas such as bridges, tunnels and crossings weren’t examined in the new NATO countries, because no one saw the need for them.

Most observers also missed the security risks related to the scarcity of high-capacity highways in the European coalition countries.

For his part, Paul Johnson, Minister of Defense of Sweden, which assumed the rotating presidency of the European Union at the beginning of the New Year, said, “Strengthening military transport and supply capabilities is crucial to the commitment of the European Union and NATO to Article 5 of the Alliance Charter, and it is an area available for cooperation”.

However, the urgent steps taken by NATO countries since the inception of the Special Military Operation have served as a sobering warning of the multitude of shortcomings and the sheer scale of reforms that need to be made to meet the needs.

Officials revealed that arming Kyiv’s forces and bolstering the military defenses of NATO countries close to Russia, such as Poland, Bulgaria and Romania, required many special measures to overcome bureaucratic and logistical hurdles.

For his part, the Deputy Minister of Defense of the Czech Republic, Jan Girish, indicated that his country and its neighbors, from the former Warsaw Pact countries are suffering from great difficulties, due to poor physical infrastructure.

The majority of Warsaw Pact tanks and military vehicles were smaller and lighter than their Western counterparts, and therefore the available bridges and lanes are designed to transport Russian and Soviet equipment, but they will collapse under the weight of NATO land vehicles and equipment.

The problem isn’t limited to the former countries of the Warsaw Pact, as the western countries affiliated with NATO for a long time suffer from infrastructure problems as well”.

In the context, French officials said that Leclerc tank carriers exceed the maximum load limit for tankers on German roads, which amounts to 12 tons.

Therefore, NATO and EU planners are now looking for ways to address structural deficiencies and remove these obstacles, so that civilian road designs, maritime infrastructure, and railways can meet military needs at the same time.

It is noteworthy that the two organizations are working on developing digital customs models, which can be accessed by civil and military authorities, to move shipments smoothly between countries.

The two organizations seek to harmonize and facilitate what the European Union’s November report called complex, lengthy and disparate national rules and procedures.