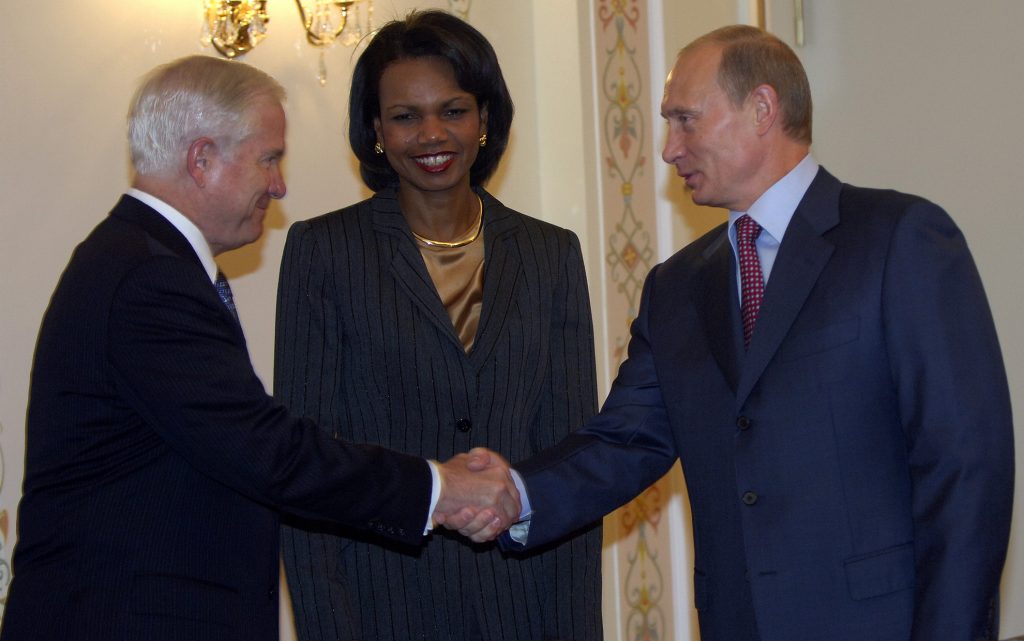 The Former US Secretary of State Condoleezza Rice said that Moscow is determined to maintain control of the lands that voted to become part of Russia, amid the special military operation in Ukraine.

Rice, along with former US Secretary of Defense Robert Gates, indicated in a joint article to The Washington Post that “defeat for Putin is not an option,” commenting that “Putin cannot concede to Ukraine the four eastern provinces that he declared part of Russia”.

Both Rice and Gates said adding, “The Russian president must maintain control of the sites in eastern and southern Ukraine, as they provide him with future starting points for renewed attacks, with the aim of controlling the rest of the Black Sea coast, and the entire Donbas region, and then moving west”.

According to Rice and Gates, “Most of Ukraine’s industrial capacity and mineral wealth are under Russian control, while the infrastructure and economy in Kyiv are suffering greatly”.

The two former officials said that “Kyiv is almost entirely dependent on Western aid, and the United States must increase its military supplies to Ukraine if it wants to expel Russian forces from there”.

The article stated that “in light of the failure of the Ukrainian forces to repel the Russian forces, Western pressure will increase on Kyiv to negotiate a cease-fire with the passage of months of military stalemate”.

In this context, retired US intelligence officer Scott Ritter said on Saturday, that “Moscow pre-empted Kyiv’s plans to seize Donbas, and dared to stand up to the West, which allowed it to seize the strategic initiative”.

The Russian president had said earlier, “The Russian operation in Ukraine comes within the framework of a historic effort to confront the excessive influence of Western powers on world affairs”.

Putin reaffirmed that Russia will continue to develop the combat capabilities of the armed forces and produce promising weapons capable of effectively protecting the country’s security.