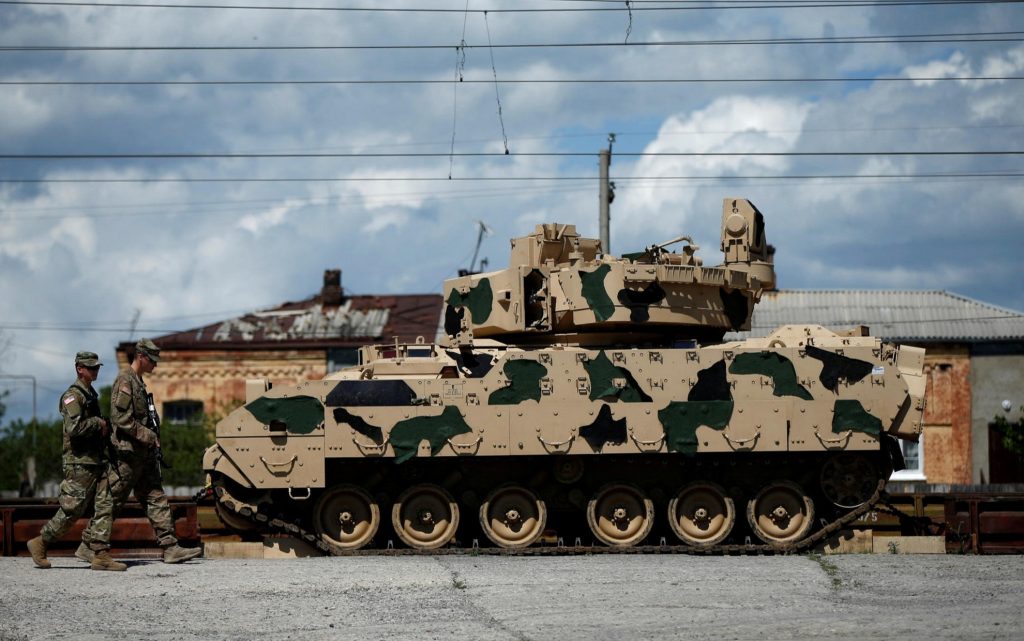 The Guardian published an analytical article by its correspondent, Peter Beaumont, entitled “Ukraine welcomes urgent military aid, which it hopes will support its military effort.

On the roads leading to the lines of contact between the Ukrainian and Russian forces, he says, there are many dramatic changes.

Lines of armored vehicles that have been operating since the Soviet era, which were commonplace such as the “T” and “BMP” tanks, and other models of the Ukrainian industry, such as the “BTR”, are no longer alone on the scene now, but rather it has become common to see a wide range of Western armored models with it.

An urgent supplies, which several Western countries have begun to provide, have begun to appear on the fronts, such as the Australian “Bushmaster” armored vehicles, the Polish “Jake” and the British “Spartans” along with other models are expected to join it soon.

A more advanced armored vehicles, including the US “Bradley” and the German “Marder”, intended to support the infantry effort, in addition to the French “AMX”, which specializes in destroying tanks, will also appear soon.

The Ukrainian forces, which were facing a severe shortage of armored weapons, at the beginning of the war, were able, through Western support, to turn this shortage into a point of strength after the arrival of the latest reinforcements, in light of the Russian military dependence on huge crowds of heavy tanks.

The Russian plan to mobilize tanks relies heavily on the modern Ukrainian road network, but the more light and advanced Ukrainian forces depend on the speed of maneuver, which was evident in the successful counterattack, on the eastern and southern fronts.

The French armored vehicles, tank destroyers, which are usually described as light tanks, are a great choice for the Ukrainian fighting style, which doesn’t rely much on heavy equipment in tank battles.

French AMX is equipped like the US Abrams M1 tank, but it is faster and lighter, at least on paved roads, and its range exceeds twice that of the US tank, which has a range of 425 km.

The US Bradley armored vehicles will support the Ukrainian mechanized infantry forces, which were used very effectively in the counterattack on the city of Kharkiv, the Donetsk region and Kherson at the end of last year.

However, he says that the lack of combat armor is what most hindered the Ukrainian war effort, because it forced the military leadership to quickly move the mechanized infantry units from one front to another, which caused them great fatigue.

The US Bradley armored vehicles are armed with an automatic weapon of 25 millimeters and two anti-tank missile launchers, in addition to a light automatic weapon, which makes them suitable for modern combat, and useful for fighting in remote places, and in cities as well, such as Bokhmut city.