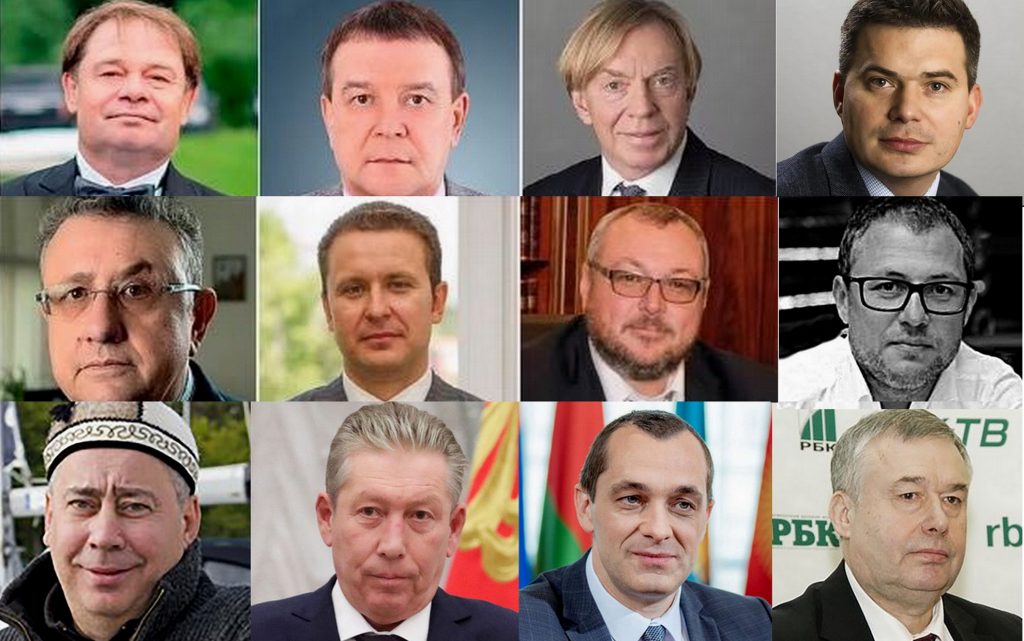 The French Le Figaro newspaper said that the Russian oligarchs have been falling one after the other since the beginning of the war in Ukraine, and many of them have been found dead in strange circumstances, which makes it worthy of being a detective novel.

Le Figaro stated in a report by Jane Senchal, that within one year, 12 of Russian elite died in almost similar circumstances and at relatively close times, and the strangest thing is that they have links without exception with Russian companies linked to the energy sector, such as Gazprom and Lukoil, which raises Many questions that don’t yet find any answer.

One of the first deaths was that of Leonid Shulman, CEO of Gazprom, known for the extraction, processing and transportation of natural gas.

He was also the head of the transportation department at Gazprom Invest, which manages the gas giant’s investment projects.

Shulman, 60, died on January 30, just under a month before the start of the Russian special military operation in Ukraine, and was found in the bathroom of his country house in St. Petersburg, Russia, with a suicide note next to him.

Only one day after the Russian special military operation in Ukraine, Alexander Tyulyakov (61), who is the financial director of Gazprom itself, died suddenly and was found hanged in the garage of his home near St. Petersburg.

Michael Watford, a billionaire who made his fortune in oil and gas, was found hanged in the garage of his home in the western suburbs of London, and the police spoke of an incomprehensible death without counting it as suspicious, as there is nothing Refers to non-suicide.

Vasily Melnikov (43), a billionaire was said to have committed suicide in his apartment in Nizhny Novgorod, western Russia.

His wife and two sons were found stabbed not far from him, and he was accused of triple murder.

Melnikov’s neighbors seemed different about the issue of his death and the killing of his family members.

According to the Ukrainian Glavred website, Melnikov was suffering from great financial difficulties, and his business was on the verge of collapse due to the sanctions imposed on Russia.

Vladislav Avaev died in his apartment, which was locked from the inside.

Vladislav Avaev (51), a former vice president of Gazbom Bank, which is one of the largest lenders linked to Gazprom Company, and was also a former official in the Kremlin and the State Duma, before he was found shot dead in his apartment in Moscow, next to the bodies of his pregnant wife and daughter, according to police reports.

Official statements said, Avaev killed his family before killing himself.

According to Newsweek magazine, there is a questions regarding the official version of his death story.

Based on the vice president of Gazprom Bank, who fled to Ukraine, and said that his former companion was killed!

Sergey Protosenya (53), who is a billionaire and former director of Novatek, the second largest Russian gas company, of which he was still a member of its board of directors.

He along with his wife and daughter were found dead in a house in the resort of Lloret de Mar, Spain, where they were on vacation.

Protosenya was found hanging from a tree in the garden of the villa, while his wife and daughter were stabbed to death, and an ax and a knife stained with blood were found at the scene, and investigators suspected that the businessman killed his wife and daughter while they were sleeping, then committed suicide.

Yuri Voronov (61), a businessman and head of a partner enterprise of Gazprom Group.

Voronov was found dead in a swimming pool at his residence in St. Petersburg with a bullet in the head, and a gun was found at the bottom of the pool.

Investigators were unable to determine if it was suicide or assassination, and his widow believes that he was a victim of fraud by his aides.

Alexander Subbotin (43), a former senior official in the Russian Lukoil group, went drunk to a magician he knew called Magua Flores on the outskirts of Moscow, and the magician cut his skin to pour frog poison in it, and he had a heart attack and vomited as a result.

Ravil Maganov, a businessman and one of the oldest leaders of the Lukoil Company, which he co-founded 30 years ago, fell from a hospital window.

His death was announced due to a serious illness, according to his company.

According to Russian TASS and Interfax news agencies, Maganov committed suicide by throwing himself from the sixth floor of the hospital in which he was being treated for heart problems.

Ivan Pechorin (40), the director of the Russian Far East and Arctic Development Company, who was assigned by the Russian President Vladimir Putin to improve energy and mining resources in eastern Russia to face international sanctions.

Ivan Pechorin body was found in the Sea of ​​Japan.

The British Daily Mail newspaper reported that he fell into the sea from a sailboat.

The Russian media said he was drunk when he fell into the water.

Anatoly Gerashchenko (72), who was a leading Russian expert and scientist in the field of aviation, died in suspicious circumstances.

According to his employer, and the Moscow Institute indicated in an official statement that he died in an accident, while a Russian media reported that he fell from a staircase that hadn’t been installed.

Dmitry Zelenov (50), a Russian real estate tycoon, felt dizzy and fell down the stairs after having dinner with his friends.

It was reported that he was suffering from heart problems.

According to Italian press, Dmitry Zelenov had recently criticized the Russian invasion of Ukraine.