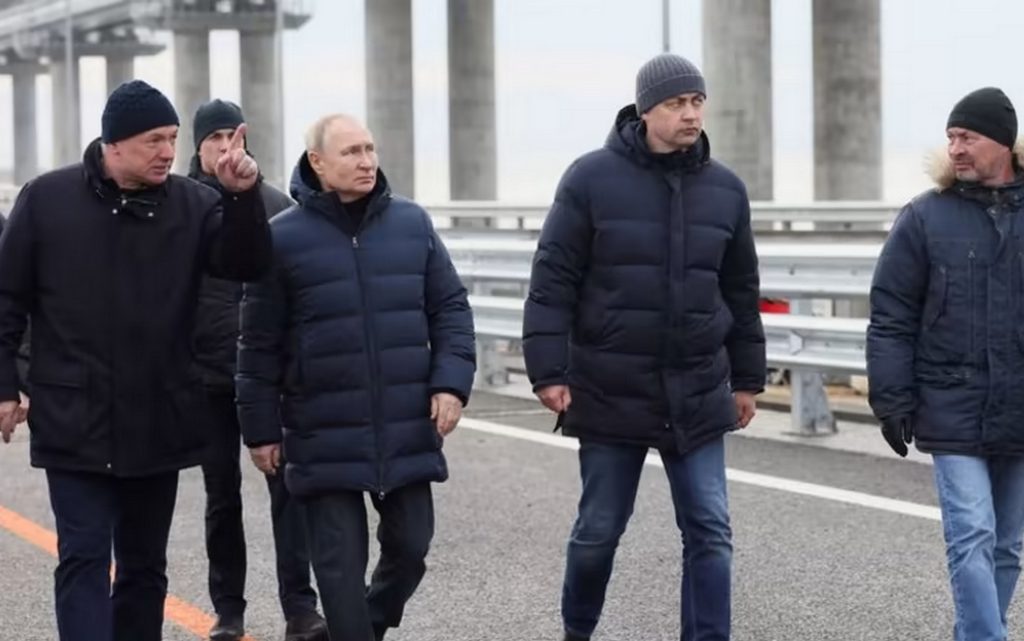 Russian President Vladimir Putin visited on Monday, driving a Mercedes car across the main Kerch Bridge linking Russia with Crimea, which was badly damaged in an explosion last October, according to the Russian Ministry of Defense.

“We’re driving across the right side” of the bridge, Putin told the Deputy Prime Minister Marat Khosnullin, who was sitting next to him in the car, in footage broadcast on state television.

Putin added, “As far as I know, the left side is in working condition but it should be completely restored”.

At one point, Putin stopped at the site of the October 8 blast and got out of the car to discuss road and rail repairs across the Kerch Strait, which he had ordered built after the annexation of Crimea in 2014.

The Kremlin blamed Ukraine for carrying out an act of terrorism that resulted in an explosion that set a fuel train on fire and caused a partial collapse of a bridge, plunging it into the sea.

Ukrainian officials have not claimed responsibility for the attack on the bridge, which was being used to help supply supplies to Russian invasion forces in southern Ukraine.

Russia quickly reopened one lane for light vehicles and partial service for trains to the peninsula.

Putin inaugurated the 19-kilometer (12-mile) bridge in 2018, driving a truck ahead of a long line of vehicles along the bridge, whose construction costs amounted to about $3.7 billion.

The Russian leader said on Monday that Russia also needs to ensure a link with Crimea on the ground through the Ukrainian regions annexed by his country, although it does not control any of them fully.