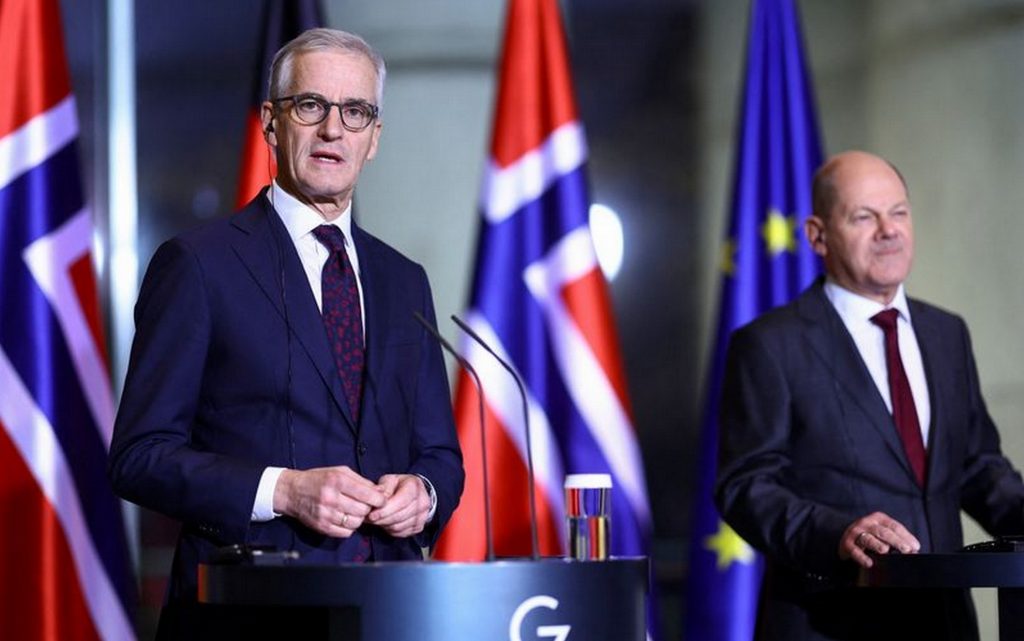 The Norwegian Prime Minister, Jonas Gahr Store, stated that Berlin and Oslo had requested the help of NATO to protect the underwater infrastructure.

Store said, speaking at a joint briefing with the German chancellor: “Chancellor Olaf Scholz and I launched today an informal initiative to strengthen the protection of underwater infrastructure,” and called for the establishment of a specialized NATO center to work in this field.

He pointed out the necessity of coordinating the center’s work with the private sector to prevent sabotage in the future, and mentions that this proposal will be presented to NATO Secretary General Jens Stoltenberg at a meeting during the Berlin Security Conference.

Earlier, Store said that Britain, Germany and France would help strengthen the protection of the Norwegian shelf after the accident on the “Northern Stream” gas pipelines.

On the other hand, German Chancellor Olaf Scholz announced that his country intends to keep 30,000 German troops on standby to defend NATO countries, starting in 2025.

“The German army had more than 14,000 soldiers ready to participate in the NATO response force this year, and next year there will be 17,000 soldiers,” Scholz told reporters after talks with NATO Secretary-General Jens Stoltenberg.

Scholz indicated that the Bundestag intends to intensify its mission to protect its allies.