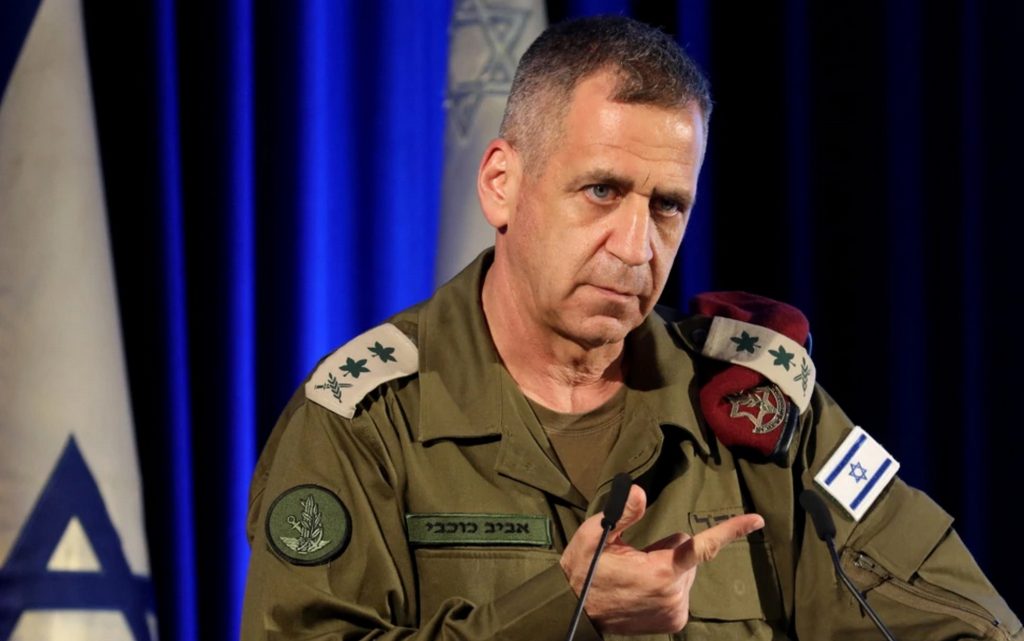 The Jerusalem Post revealed in a report what was stated by the Israeli Chief of Staff, Aviv Kochavi, about preventing the formation of a new “Hezbollah” in Syria, Iraq and Yemen.

Kochavi revealed an operation that Israel is currently carrying out in Iraq and Syria under the name “a war between two wars”, through which it aims to “prevent the launch of another Hezbollah in Iraq and Syria”.

The information also included talk about Israel carrying out strikes against Iranian targets in both Iraq and Syria, stressing that Iran’s influence had reached the Imam Ali military base near Albukamal in Syria, which it described as “the headquarters of operations for Iranian factions” in the region.

The report added that “Hezbollah has doubled in strength from what it was between 1999 and 2005, as it is now fully in control of Lebanon politically and economically, which Israel cannot allow to be repeated in the rest of the countries in the region”.

Kochavi said that “during the past years, Hezbollah has succeeded in obtaining extensive experience and developing its weapons and equipment, especially in Syria, Iraq and Yemen”.

The report concluded by noting that the operations carried out by Israel include activities in Iraq, Syria, Yemen, and other areas in which the factions it described as affiliated with Iran are active.

Israel is trying hard to prevent Iran from acquiring a part of Syria.

The ultimate Israeli goal of the initiative and its related operations would be to prevent Hezbollah from reproducing itself in other countries.

Israel was implementing the “war between the two wars” strategy mainly through a series of air strikes on Iranian targets, which damaged Iran’s ability to influence the region.

Tehran sought to transfer drones and anti-air defenses to Syria, and also set up warehouses at airports where ammunition is transported, and a base called Imam Ali was built on the border with Iraq near Albukamal.

The general course of the Israeli “war between the two wars” campaign and the clear attempt to prevent the emergence of another Hezbollah, isn’t clear, as Iran has great influence in Syria and, and has established bases that enable it to transfer weapons to Syria, and it is also exploiting Iraq for the same purpose.

Israel sees Iran threatens Israel directly with drones, as the US-led coalition shot down Iranian drones that were heading to Israel earlier this year, and it also targeted US forces in the east.

The Jerusalem Post stated, “This means that the campaign to prevent Hezbollah 2 is facing an uphill battle, stressing in the context that Iran will continue to move forces into Syria.