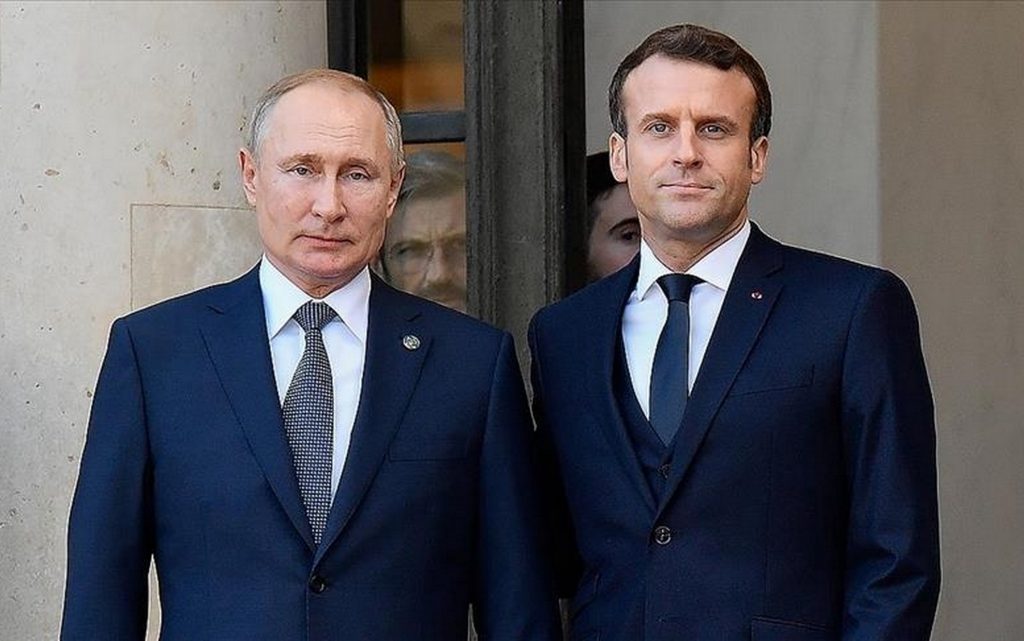 The French President Emmanuel Macron announced on Wednesday that he would have direct contact with his Russian counterpart Vladimir Putin in the coming days regarding civil nuclear energy and the Zaporizhya plant, which Moscow and Kiev are accusing of bombing.

“I intend to contact Putin directly in the coming days regarding civil nuclear issues first, and the power plant in Zaporizhia, after I contacted” the Director General of the International Atomic Energy Agency, Rafael Grossi, Macron told reporters during a visit to the Exhibition of Mayors in Paris.

On the Russian side, Kremlin spokesman Dmitry Peskov said, at the conclusion of the Collective Security Treaty Organization summit in Yerevan, that “until now, there is no agreement to hold a telephone conversation with the French president… Quite frankly, there was no concrete proposal on this matter”.

Macron added, “The Russian strategy lies in frustrating the people on the ground,” continuing, “Our elected officials also have a role to play,” recalling that France will host, on December 13, “a conference in Paris on the Ukrainian resistance and its steadfastness”.

On Tuesday, Ukrainian President Volodymyr Zelensky called on French mayors to secure assistance for his country to prevent Russia from using the cold this winter as a weapon of mass destruction, in a message broadcast during the Mayors conference in Paris.

“The Kremlin wants to turn the cold of winter into a weapon of mass destruction,” Zelensky said in a video during the conference, which was attended by a delegation of Ukrainian officials.

Following a meeting with Cypriot President Nicos Anastasiades, Scholz said in Berlin this evening, Wednesday that “this terrorist bombing against the civilian population must stop immediately”.

The politician, who belongs to the Social Democratic Party, added that Russian President Vladimir Putin is showing once again the extent of his indifferent and merciless behavior in this war, “and it seems very clear that it is a war that he can no longer win on the battlefield”.

Scholz demanded that Putin withdraw his forces from Ukraine and agree to peace talks with Kyiv.