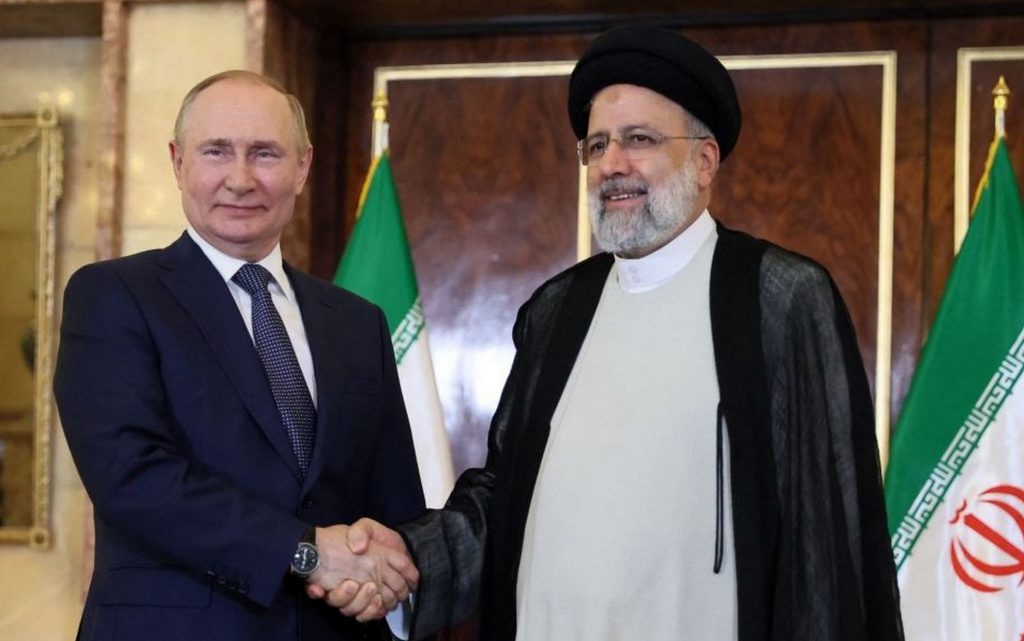 In the past, we have often heard the phrase “Iran isn’t an ally of Russia” from Russian analysts, experts, and others when discussing some events in Syria.

The cooperation of the two countries in the Syrian conflict has led to the emergence of a simplification of the knowledge of joint Russian-Iranian actions on the part of some Arabs.

The history of interaction between Russia and Iran is complex and multifaceted.

Russia arose as a state largely because of trade with Persia, and the main Russian cities arose and grew largely thanks to the trade routes that passed along the Volga River from the Caspian Sea to the Baltic states, and the Russian kingdom took its first steps towards a great empire only after it subdued Ivan the Terrible Tatars of Kazan and Astrakhan, making this entire trade route safe.

However, as the Russian Empire expanded, the two countries increasingly competed for influence in the Caucasus and Central Asia.

And in the Soviet era, there were some dark pages in the relationship between the two countries.

After the collapse of the Soviet Union, the political ambitions of the two countries overlapped in the same area, which created a ground for competition, or at least the level of possibility for that, and the relationship was cautious and limited.

At the same time, on the level of the economy, the two countries were attracted to different poles, and the similarity of export titles limited their economic interest in each other.

But everything has changed now.

The closure of European ports and markets to Russia has redirected Russian trade to the east and south unchallenged, and the old route through Iran to the countries of the Indian Ocean may again become one of Russia’s main trade routes.

The volume of trade exchange between the two countries last year amounted to $4 billion, although it doubled during the year 2021.

However, the two parties announced their intention to cancel customs tariffs between the two countries, which will result in a 10-fold increase in trade exchange in the coming years.

However, there are more serious circumstances.

In the current circumstances, market size is one of the main conditions for successful economic competition, and this becomes even more important in the context of the collapse of globalization and the formation of regional economic and monetary zones.

There is no need here to define the population of China.

The population of Russia is 147 million, Iran is 86 million, and Türkiye is 83 million, meaning that the three countries together have a population of 316 million.

If you add to that a few former Soviet republics, the market will be larger than that of the United States, and I think the European Union won’t continue in its present form, although Germany may be able to keep a few countries around it.

We also see that the BRICS organization is gradually turning into an area of ​​influence for China.

China’s economic growth potential hasn’t yet been exhausted, and despite the giant debt bubble that has largely supported the country’s economic growth over the past 15 years, it is likely that the economic crisis and collapse of globalization will not hit China with the same fatal blow that will hit the United States of America and Europe.

Indeed, it is likely that China will remain the “workshop of the world” even after the crisis, and its currency will replace the dollar as the global currency.

However, both Russia and Iran (and Türkiye) are distinct civilizations with their own aspirations, which value their cultural heritage and strive to preserve their political identity.

These countries aren’t strong enough to compete alone on an equal footing with the United States of or China, but their combined weight will be sufficient to achieve this goal.

Therefore, the emergence of this new political triangle between Russia, Iran and Türkiye in Syria was logical in a situation where the competing powers unite in order to resist American hegemony.

With the same principle and on the same foundations in the economy, this triangle will become more important in the next decade or even decades.

Regardless of who is dominant in the world, whether the United States or China, the special circumstances and aspirations of Russia, Iran, and perhaps Türkiye will push to form a long-term political and economic alliance, or at least a form of close cooperation, if not an alliance.

Moreover, it seems to me that things will move faster in economics than in politics.

The important question currently facing the Gulf Arabs: What does the alliance of Russia and Iran mean for them, in addition to increasing trade with Russia and Central Asia?

Iran is more important to Russia, as a bridge to the Gulf region and beyond to South Asia, than just as a country.

It is in Russia’s vital interest to maintain transit through Iran, which means peace and stability in the region, which will be one of Russia’s main economic partners.

Therefore, the Arab Gulf states, in my opinion, shouldn’t be afraid of the Russian-Iranian rapprochement, but should welcome it.