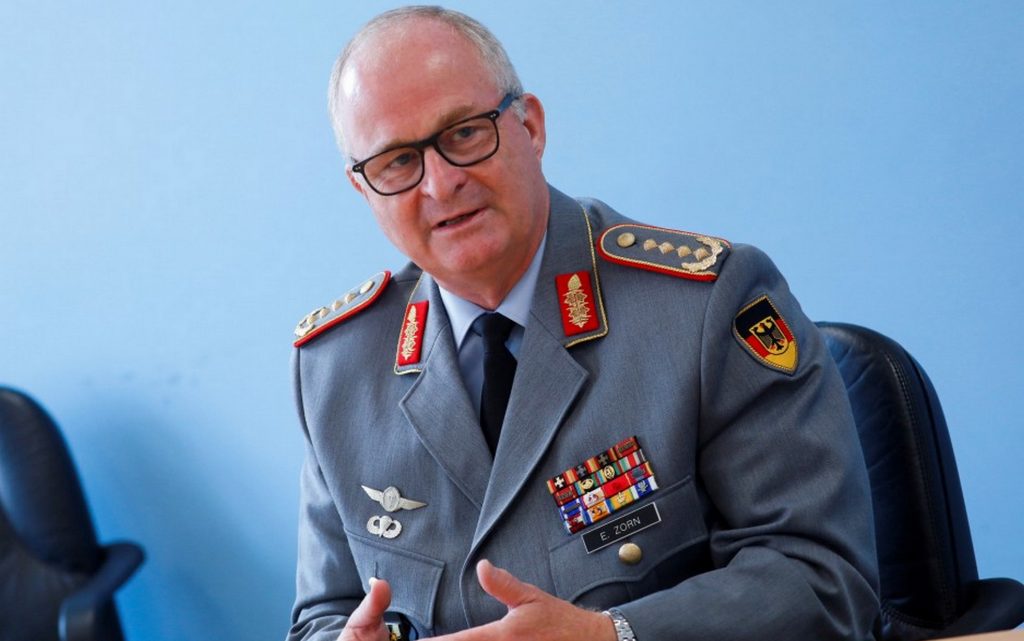 The German Der Spiegel magazine said, quoting a secret document signed by the chief inspector of the German armed forces, Eberhard Zorn, that the German army will conduct a large-scale defensive and practical military exercise in the event of direct confrontation with Russia.

General Eberhard Zorn believes that Moscow poses an alleged threat to Berlin, which requires a plan of action in the event of war.

“It is possible that an attack on Germany will occur without warning and will have severe, possibly devastating consequences,” Zorn said, without citing any evidence of Moscow’s “aggressive plans”.

He made it clear that Berlin should play a leading role in Europe and make its army more reliable, and not depend on the support of NATO or the European Union.

The plan states that by 2024 the Bundeswehr should form at least one fully equipped division.

Recently, the US and its allies have repeatedly accused the Kremlin of aggressive plans and even resorting to nuclear blackmail, allegedly by threatening to strike weapons of mass destruction.

Moscow has repeatedly stressed that the Russian nuclear doctrine is defensive in nature, and that Russia has never said anything proactively about the use of nuclear weapons, but the West is escalating the situation about the Russian threat in order to negatively influence Moscow’s friendly countries.