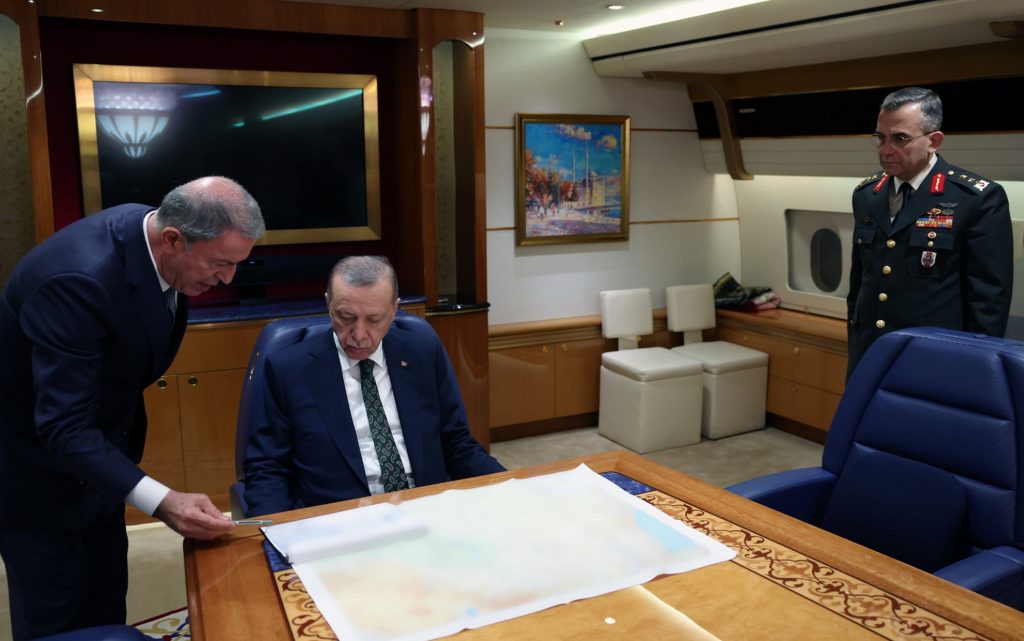 Turkish Yeni Safak newspaper quoted an informed source as saying that the timing of the Turkish air operation in northern Syria and Iraq was changed by one day due to the US leaking information about it.

Yeni Shafak added, “According to information received, the operation was scheduled to take place on Sunday evening… However, the date was advanced by one day because the US, which was informed in advance of the operation, leaked information about it”.

Since the efforts and attention of the Turkish Armed Forces have been focused for several months on operations in northern Iraq, no one expected such a large-scale operation in Syria.

Yeni Shafak newspaper noted that the Turkish army, thanks to the plan, which spoiled a game that some wanted to play, proved to everyone that targets can be hit simultaneously at two points in northern Syria and northern Iraq.

The Turkish President Recep Tayyip Erdogan said that the military operation in northern and eastern Syria is absolutely not limited to air strikes, and ground forces may be used in the required size after consultation at the time of need.

Erdogan said about the “claw-sword” operation that the Turkish security authorities decide and take their steps, stressing that “we don’t wait for permission from anyone, and the United States should know us well anymore”.