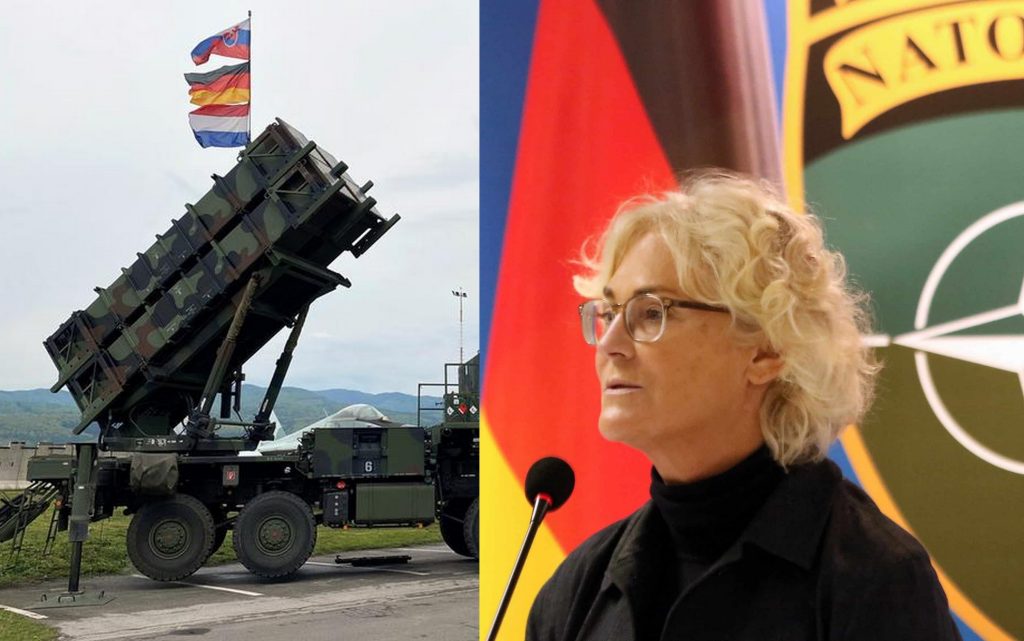 German Defense Minister Christine Lambrecht offered support to Poland with the “Patriot” air defense system, after a missile fell there.

“We offered Poland support in securing the airspace – with our Eurofighter fighters and Patriot air defense systems,” the minister said in statements to the German Rheinische Post newspaper, on Monday.

Lambrecht continued, “We’re already in Slovakia and intend to extend our presence there until the end of 2023, and possibly beyond”.

A missile hit the Polish village of Przyodo, just six kilometers from the border with Ukraine, killing two civilians.

The West currently assumes that it is a Ukrainian anti-aircraft missile used to defend against attacks by the Russian army.

Media reports spoke immediately after the explosion of a Russian missile.

Ukrainian President Volodymyr Zelensky has so far stuck to the claim that it was a Russian missile, but said he doesn’t know with 100% certainty what happened.

As a result of this event, Lambrecht said, the alliance has to improve its position in terms of air defense, explaining that this is especially true of NATO partners such as Poland, Slovakia and the Baltic states, which directly border Russia and Ukraine.