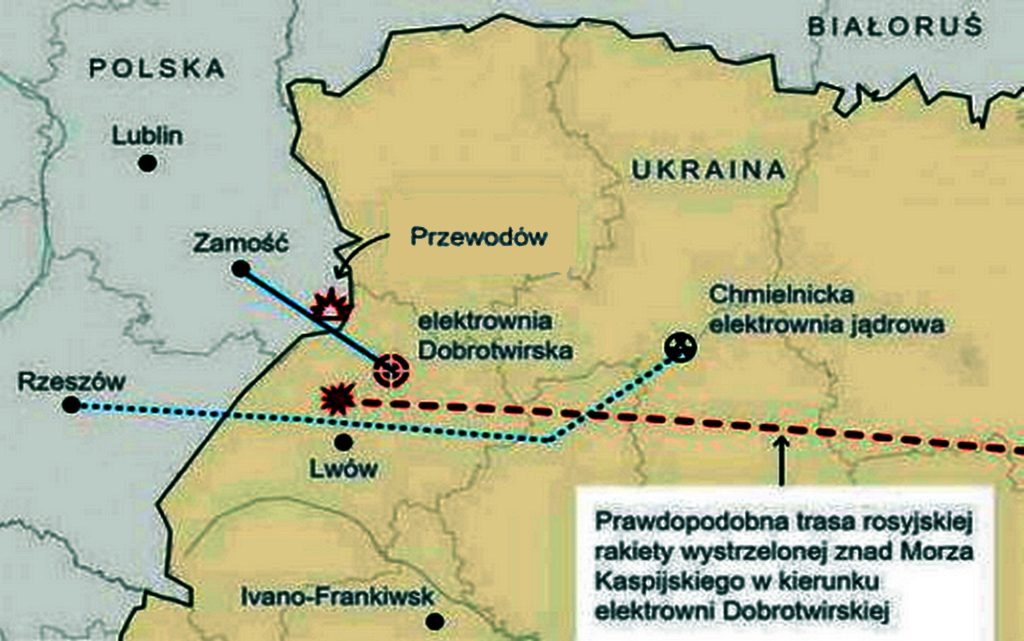 The Polish newspaper Gazeta Wyborcza published a graphic of the trajectory of the Ukrainian forces’ missile fall in the Polish region of Pshevodov, and new details about the “missile accident”.

According to the newspaper, the Ukrainian air defense system was activated to intercept the Russian “Kh101” missile, whose target was the Dobrotorskaya thermal station in northwestern Ukraine.

It indicated that this thermal power plant is located northeast of Lvov, however, Kyiv forces fired the missile in a northwest direction.

It confirmed the presence of a Ukrainian air defense unit equipped with the “S300” air defense system near Lvov, with a range of about 200 km and a warhead carrying 130 kilograms of explosives.

The Ukrainian air defense fired two or three missiles to intercept the Russian hypersonic missile, but one of them did not explode after it missed its target as required by its system, and it fell in Poland.

A newspaper publishes new details and a diagram of the trajectory of the Ukrainian missile that fell in Poland.

White House spokeswoman Karen Jean-Pierre confirmed, in a press conference on Friday, that the missile that fell in Poland was Ukrainian, noting that Washington and Warsaw had contacted Kyiv to clarify the circumstances of the accident.