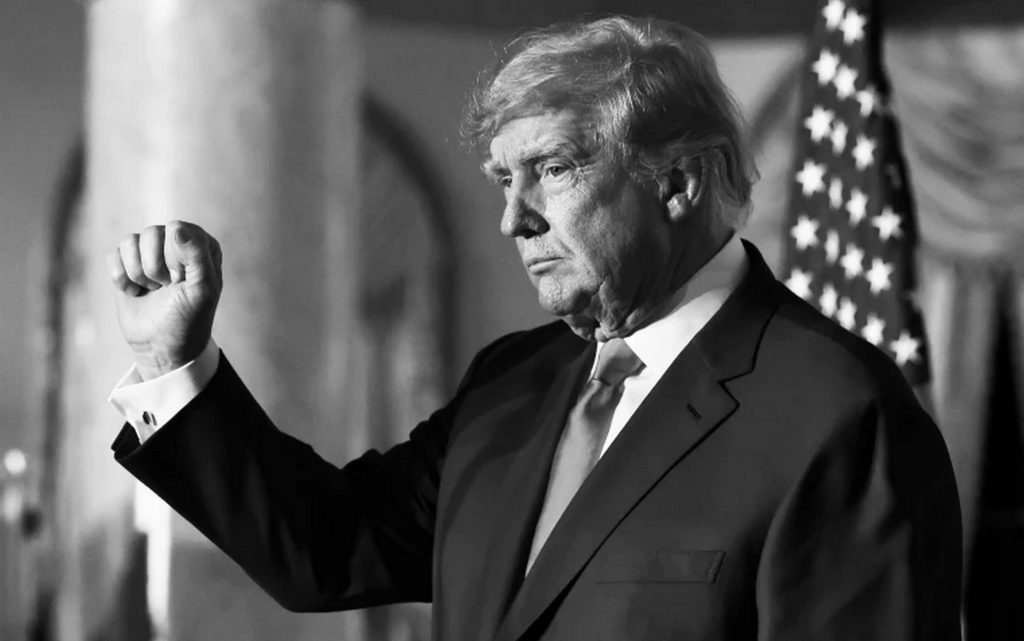 The Washington Post published an opinion article by George T Conway III in which he dealt with former US President Donald Trump’s announcement of his candidacy for the presidential race in the 2024 elections.

His narcissism, his megalomania, his boundless arrogance, would have it no other way.

And more than ever – after two unprecedented impeachment attempts, a humiliating re-election defeat he can’t even concede, and amid multiple criminal investigations and civil suits, he’s on a quest for revenge.

A president who apparently tried to convince his enemies (and may have succeeded), and who tried to blackmail Ukraine into discrediting Joe Biden, can’t wait to get back to his job.

Conway believed that Trump won’t succeed, as shown by his successive losses in the House of Representatives, the Senate, the presidency, and the results of the mid-term elections last week.

Many Americans were marching to vote against him, no matter who his opponent might be in the general elections, as they’ve seen enough of him.

And this also applies to many Republicans, especially the advanced ones.

Their views had been expressed succinctly by Marc Thiessen just days before Jean said: “Mr. President, it’s not in your interest to run in 2024.

If you do, you will probably lose… And you will destroy the rest of your legacy in the process… Please, don’t do that”.

Conway wondered about any legacy Ethan is talking about, as Trump has nothing but his impeachment procedures and the stigma of the events of January 6, 2021.

We’ll never remember him for any other event.

Although he took an oath to preserve, protect, and defend the Constitution of the United States, he did everything in his power to destroy it.

Trump can’t spoil a legacy he doesn’t already have, he said, but he can easily destroy something else: the Republican Party.

Which is why, at long last, many in the Republican Party are upset.

And why is Rupert Murdoch’s media empire, the right-wing donor class and many GOP operatives looking for an alternative?

They hope Florida Governor Ron DeSantis will save the day.

This matter is unlikely, as there is no doubt that DeSantis is very popular, and last Tuesday he won a victory that far exceeds anything Trump can ever achieve.

But the problem is that the Republican Party is no longer just a political party, it is something of a cult.

Thus, one Republican pollster ranks the party: 10% are not at all supporters of Trump, who have long despised Trump.

This section may be high, due to people like me who re-registered as independents to escape the cult.

Up to 50% can be considered probably Trumpists Republicans who voted for Trump twice, but are tired of him and would love to support someone else.

That leaves 40%, who are the always Trumpians — the (Trumpian) voters who would never abandon him, even if he shot someone on Fifth Avenue, or in the Capitol, or anywhere else.

By math, Trump can only be bested for the Republican nomination in a one-on-one contest from the start.

Given the delegate rules, 40% may be enough to win a multi-candidate race.

One person who can defeat Trump?

Certainly not the only Republican who is certain to run: former Vice President Mike Pence, who won’t run for no better reason than because he has nothing else to do.

Here I agree with Trump: a weak penny.

Surely, he did the right thing on January 6th, for which he deserves eternal credit.

But it took him a great struggle with his conscience to do what his constitutional oath clearly required.

It took him nearly two years to muster up, as he did this week, to say he was angry at Trump, the man who put the mob behind him.

Conway indicated that DeSantis would have a chance to beat Trump person to person, but why should he try?

It’s ambitious, to be sure, but running against Trump would be a brutal mud-wrestling.

To beat Trump, the opponent must go after Trump with a hammer, bashing his ego into a narcissistic, self-defeating rage.

That would be fun to watch: Hey, Donald, where’s the wall?

Where is this check from Mexico?

Why did you side with your friend Anthony Fauci for a long time?

But does DeSantis have that challenge in him?

We don’t know yet.

He’s not the witty orator some have made him appear.

And most importantly, he is only 44 years old.

Why not just sit back and continue building his war chest?

Even if DeSantis wins the 2024 nomination, he will end up with 40% of Trump supporters always hating him for his audacity.

The alternatives to the Republican Party are not pretty: another Trump-led national defeat, or a civil war within the party.

But if you think this is great for the rest of us, I have bad news for you.

A big reason Trump announced his candidacy is that he fears criminal prosecution.

He’s a desperate man, a threatening animal with rabies, and he could face multiple indictments (classified stolen documents, Georgia) over the next year”.

Trump believes that the presidential candidacy, and the specter of violence from his most enthusiastic supporters, will protect him from the plaintiffs.

If he is indicted, he promises problems in this country that we may not have seen before.

And he will deliver on that promise: As Sen. Mitch McConnell said last year, Trump was determined to set our institutions on fire on his way out of the White House in January 2021, simply because he lost the election.

He concluded by saying: So just imagine what Trump would do to stay out of prison.