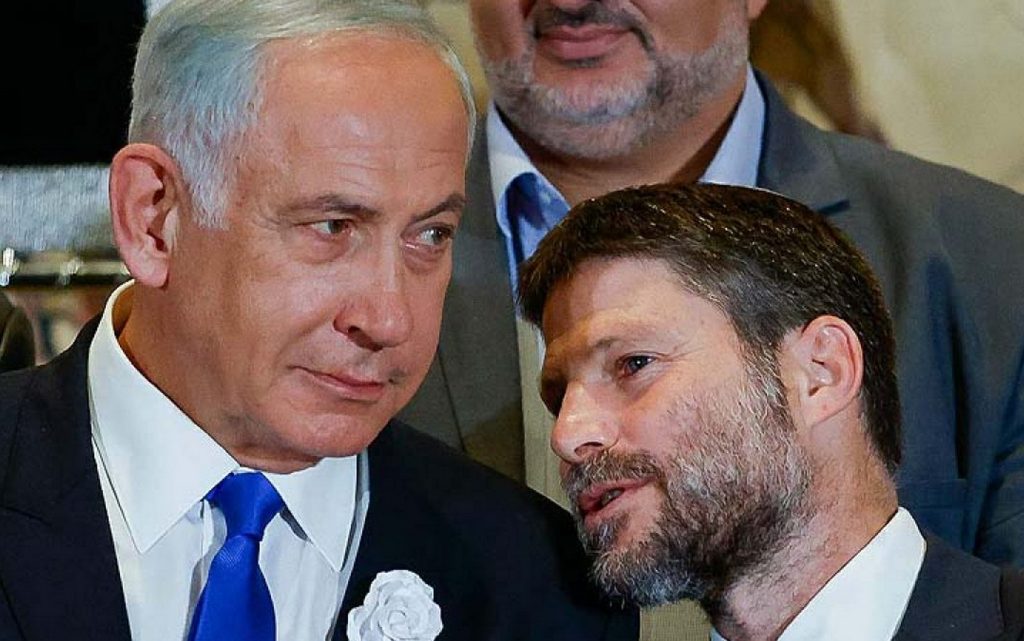 The right-wing Israeli Religious Zionism party called on Washington not to interfere in forming the upcoming government, after news of US pressure on Prime Minister-designate Benjamin Netanyahu to dissuade him from appointing party leader Bezalel Smotrich as defense minister.

This came in a statement by Religious Zionism (14 seats in the Knesset out of 120), which it posted on its Twitter account on Wednesday evening.

The party said: “We’ve a lot of respect and appreciation for our ally, the United States, but the administration of US President Joe Biden must respect Israeli democracy and not interfere in forming an elected government”.

He added that “a sovereign state cannot agree to external dictates that would endanger Israel’s security and harm Jewish settlement in Judea and Samaria (the biblical designation for the West Bank)”.

Earlier on Wednesday, the Israeli channel 12 said that the US ambassador to Israel, Tom Nides, told Netanyahu during their meeting on Tuesday that “the appointment of the defense minister must be done with caution and wisdom and in a manner that takes into account the excellent relationship between Israel and the United States”.

According to the channel, Naides didn’t mention the name of Smotrich, who is negotiating with Netanyahu to obtain the position of defense minister in the next government, but the ambassador made it clear that “the United States expects the appointment to be accurate and calculated”.

The Netanyahu-Nides meeting wasn’t reported to the media by either party, according to the same source.

Netanyahu’s office confirmed to the channel that he had actually met with Naides, but he denied that this was what the ambassador had informed him of, while the US embassy in Israel commented by saying, “We don’t touch on the content of the closed diplomatic talks”.

On Sunday, Netanyahu, leader of the Likud party, received a mandate from Israeli President Isaac Herzog to form a government, after his camp won 64 out of 120 seats in the Knesset.

Netanyahu has 28 days to form a government, which the president can extend for another 14 days, and in the event of failure, Herzog will nominate another candidate.

In addition to the Likud (32 seats), the Netanyahu camp includes: the Religious Zionism coalition (14), which also includes the Otzma Yehudit party led by the extremist Itamar Ben Gvir, and the Shas parties (11) and Religious United Torah Judaism (7).

Prior to the elections, Ben Gvir stated that he asked Netanyahu to give him the internal security portfolio if a right-wing government was formed, and said that his plan depends on points, including changing the rules of fire towards the Palestinians.

He had previously called for the displacement of the Palestinians from their land, and caused an escalation of the situation in East Jerusalem after establishing a parliamentary office in the Sheikh Jarrah neighborhood, and he also led the settlers many times during their storming of al Aqsa Mosque.