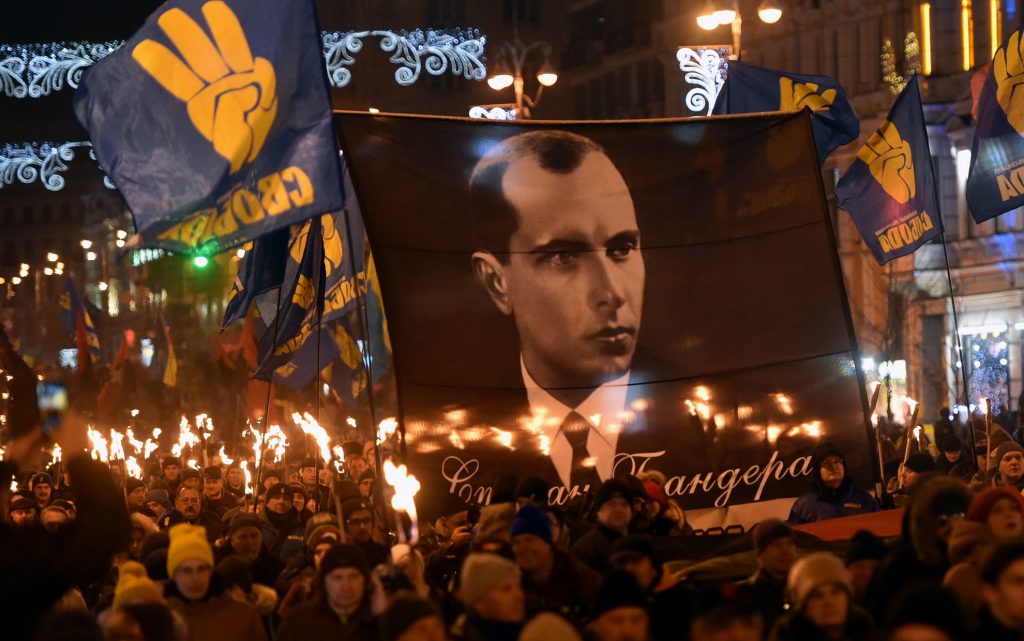 Since the beginning of the Russian operation in Ukraine, the statements of the Russian government have been clear, that one of the objectives of the operation is to combat and eliminate the extreme right-wing Nazi movements in Ukraine, whose influence has increased in the country since the Maidan events of 2013.

Of course, most Western media ignored this, claiming that Russia’s words are nothing but flimsy arguments, knowing that most Western and European media in particular presented and posted video reports from inside Ukraine showing the presence of those extremist Nazi forces.

In the sphere of Ukrainian power, there are forces that have become present in all axes of Ukrainian rule, including civil authorities, security forces and the army as well.

In fact, the presence of the Nazi right-wing movement in Ukraine isn’t a new thing, but rather something rooted in the country’s history.

It stagnated for a period of time, until it was time to come out into the light once again.

Here we return to research the history and origin of Nazi presence in Ukraine.

With the start of the Russian operation in Ukraine, on the 24th of last February, Russian President Vladimir Putin came out, accusing the existing regime in Kyiv of being an extreme right-wing regime with a Nazi-fascist tendency that revives Nazi German ideas and Hitler’s fascism. 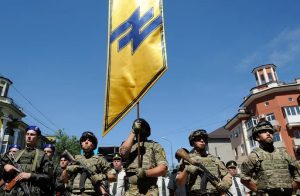 After the end of World War II, everything related to Nazism and far-right ideology became Europe’s Number one enemy, and therefore it’s not acceptable to allow regimes or politicians who espouse Nazi ideas to power in any European country, nor any place in the world.

Russia, on the other hand, is the country that suffered the most from Nazism and right-wing extremism, which cost it more than 25 million people, so it was never acceptable to allow these trends to return to the European or even international arena.

This means that Russia and Europe share the same orientation, but in fact, it is the opposite.

It wasn’t hidden from anyone, except for those who deliberately ignore the reality, that there were political and military Nazi forces in Ukraine, and therefore the Russian forces were facing these forces on the ground, while the West supported them to confront the Russian forces, and herein lies the paradox.

The battles of Mariupol, which the Russian forces fought against Nazi forces, were nothing but irrefutable evidence of the presence of these armed forces on the ground.

No cameras in the world were able to ignore those Nazi slogans that were carried by the legions and armies of the Third Reich, hidden from the banners and uniforms, not even the tattoos that filled the bodies of these extremist fighters as they desperately tried to confront the Russian forces, with all this Western-American blind and open support to them. 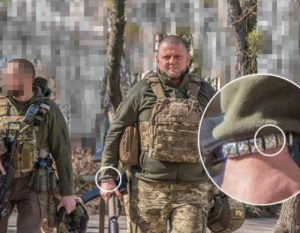 The so-called Azov Battalion, was the most famous of those armed groups that became known to the whole world as one of the Nazi forces that are present and fighting in Ukraine, and even those pictures showed the so-called Commander-in-Chief of the Ukrainian Armed Forces, General Valery Zaluzhny, who appeared without shame wearing a bracelet with Nazi emblems, as the infamous swastika in the center.

How did the right arise, and how did Nazi ideas come to light in Ukraine and European countries in general?

Since the late nineteenth century, dozens of intellectuals, artists and writers in a number of countries in Eastern Europe, which were under the rule of major empires such as the Ottoman Empire, have come out to ask a sensitive questions.

With the beginning of the collapse of the Ottoman Empire, as it grip loosened on its areas of influence in Eastern Europe, these peoples began to discuss the issue of their origins, subordination, and true loyalties, and thus these questions were the basis of all of that.

What are the bonds that unite our peoples as one nation?

What are those religious, ethnic, national and cultural ties that distinguish us from other peoples and thus define our identity as a nation and our reference as a people?

What is the direction and reality of our national consciousness?

Of course, these peoples weren’t only under the authority of the Ottoman Empire, but were also under the rule of a number of ancient European hereditary systems, such as the Habsburg dynasty that ruled the Holy Roman Empire, in addition to the rule of the Tsars in Russia.

All of those empires, in the late nineteenth century, were facing the same general situation, and most of them were reeling, until the outbreak of the First World War, so that that war had presented as one of its most important achievements the overthrow of all those genetic regimes and the closing of the curtain on ancient empires that ruled vast areas of the world for centuries. 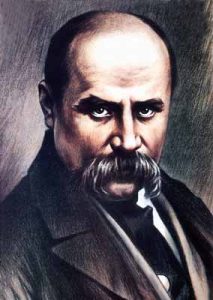 Ukraine was at the center of these events, where a person named Taras Shevchenko, a Ukrainian writer, poet and politician of Cossack origin, was born in the village of Moryntsy, Kyiv Province in 1814, and is considered the spiritual father and founder of the approach to the development of the Ukrainian language and culture.

So it was this Cossack man who was the first to call the people of that part of the land as the Ukrainian people, who before used to call themselves as (Rusyanska).

At that time all parts of that land were part of the empire of the Russian Tsars, which forbade the teaching and use of the Ukrainian language, both in education and even in public use.

Many thinkers and even historians ignore that one of the results of the First World War was the revival and release of Nazi and right-wing extremist ideas throughout Europe, and of course, Eastern Europe was one of those hotbeds, due to the overlapping lands of these peoples between each other, and in their entirety they followed the countries that were defeated in the war (the Ottoman Empire, the Austro-Hungarian Empire and the German Empire), so the departure of these lands from the control of a strong state, and with the deterioration of the economic and living conditions of the people, caused people to resort to ideas to get rid of what they were in.

These trends were divided into two wings:

The first wing is the Marxist communist wing, which was revived by the success of the Bolshevik revolution and the overthrow of the rule of the Tsars in Russia.

As for the second wing, it was the right-wing nationalist wing, which talks about the unity of the people and their ethnicity and their religious or historical subordination to a particular civilization or nation.

In January of 1918, and like many areas that were under the rule of the Tsars, the independence and establishment of the Ukrainian People’s Republic was declared, and this republic remained in existence randomly, without a specific stable government or clear social nor economic policies, until 1921, when the country was divided as a result of the Civil War, which divided it into 4 parts, between the Soviet Ukraine, Poland, Romania, and Czechoslovakia.

The Ukrainian nationalists, whose lands fell under the rule of the Soviet Union, formed armed forces to confront the Soviet Red Army, and desperately tried to hold out, until the Soviet forces eliminated them in 1922. 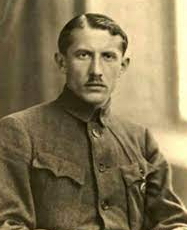 All these cases generated the emergence of extremist tendencies, as in 1920, an organization appeared, called the Ukrainian Military Organization, which was founded by a Ukrainian officer named Yevhen Konovalets from the Lviv region (Galicia) who served in both the armies of the Austro-Hungarian Empire, and the army of what was Known as the Army of the Ukrainian People’s Republic.

The activities of the Ukrainian military organization were to confront the Soviet, Polish, Romanian and Czechoslovakian forces.

Its activities were varied, between violence and riots, guerrilla wars, assassinations and bombings.

The era of the twenties was a breakthrough in the emergence of fascist organizations to light in all of Europe, as the Ustashi organization appeared in Croatia, the Iron Guard in Romania, the Fascist Party in Italy, and the Nazi Party in Germany.

In 1929, the Ukrainian Nationalist Organization adopted a document called the Ten Commandments of Ukrainian Nationalism, a document that opened the door to all forms of violence, including the organization’s political assassinations of senior figures in the countries controlling the territory of the Ukrainians, such as the Minister Polish interior, Bronislaw Pieracki and many Soviet and Romanian dignitaries.

With the beginning of World War II, the members of the Ukrainian Nationalist Organization reached 9,000 individuals, and their cooperation was declared with Nazi Germany.

And they took part at Adolf Hitler’s Operation Barbarossa, which was intended to invade the Soviet Union in 1941. 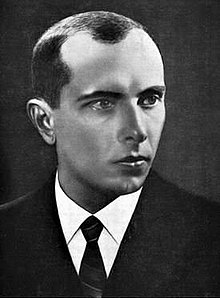 Despite this, these German policies towards most of the leaders of the Ukrainian nationalist organization didn’t prevent large numbers of Ukrainians from joining the Nazi German forces, and participating in the killings and exterminations that took place against Jews, Poles and Russians.

With the directions of the Second World War turned in favor of the Allies by 1943, and the Soviet forces advancing eastward to liberate the Soviet and Eastern European lands from the Nazi presence, the Ukrainian nationalist organization began to get rid of the elements of Nazi and fascist orientation from its ranks, who cooperated with Adolf Hitler and Nazi Germany, on the hope of Soviet impunity.

In fact, many Ukrainian nationalists turned over, joined the Red Army, and fought the German army in the last months of the war, while at the same time their principal enemy, tacitly, remained the Soviet Union.

The curtain came down on World War II, the Allies were able to win, the Red Army entered Berlin, and control of the heart of the Third Reich, and the conflict between the Ukrainian nationalists against the Soviets continued.

The confrontations between the Ukrainian nationalists and the Soviet authorities continued until the beginning of the fifties, after which many of them were able to flee from Ukraine and seek refuge in other countries, to carry out various activities between the diaspora Ukrainians, who left Ukraine, which returned after World War II as a republic of the Soviet Union and an integral part of the Eastern bloc against the West, with the onset of the Cold War era.

In 1959, a Soviet intelligence agent was able to reach Stepan Bandera, and was able to kill him, so that the man turned into a symbol of Ukrainian nationalism and resistance, despite his extremist ideas, his reputation and his black history of blood and open cooperation with Hitler’s Nazis, and his participation and supporters in many massacres and ethnic genocide.

Bandera’s name has become an icon within Ukraine, and a symbol for the Ukrainian diaspora, most of whom weren’t ashamed to deny the history of the man and his black organization, and to deny all the massacres committed by his supporters, and they called anyone who talks about the actions of the man and the Ukrainian nationalists, descriptions as deceived and followers of Soviet propaganda, and paradoxically, are the same descriptions that their grandchildren today and their supporters in the United States and Europe, call to everyone who speaks against the current ongoing events.