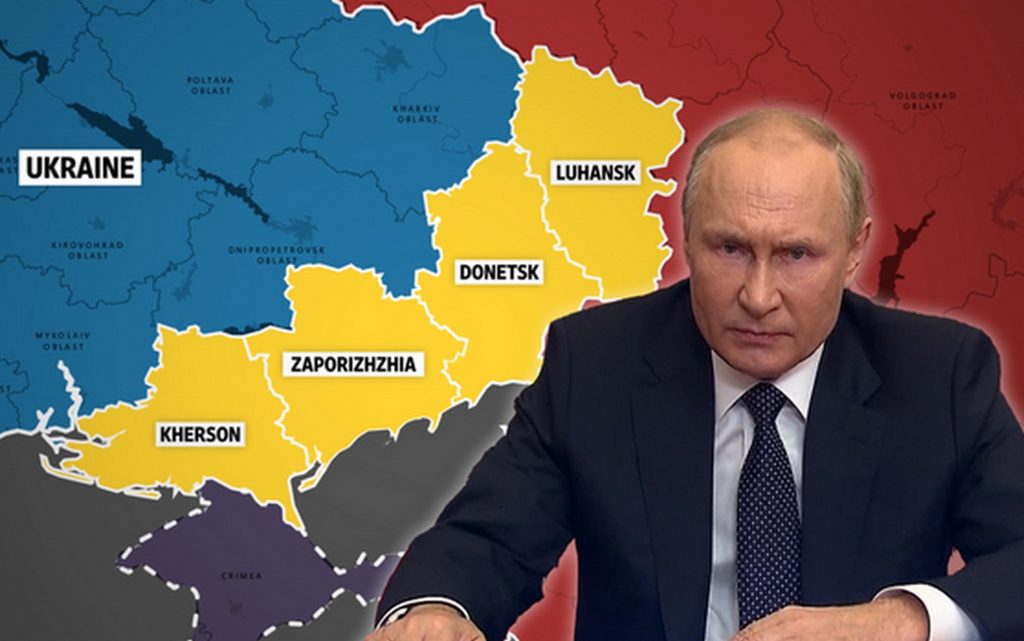 The Independent newspaper posted a report by its correspondent, Bill True, entitled “The end of the conflict in Ukraine looks more distant than ever”.

The report dealt with Moscow’s suspension of its participation in the Ukrainian grain export agreement, which “indirectly prevented” the fall of nearly 100 million people into extreme poverty, according to the United Nations.

“What seemed at first glance to be a logistical agreement … Has in fact saved large segments of people globally,” the writer said.

Russia suspended its participation in the agreement indefinitely and on Saturday accused Kyiv – along with British specialists – of launching a massive drone attack on its fleet at a port in Crimea, which President Vladimir Putin illegally annexed in 2014.

True, the Kremlin’s decision could be devastating as the world grapples with rising costs of living and food shortages, sparked in part by Putin’s invasion of Ukraine in February.

Ukrainian officials said it also proves that any form of talks with Russia is a waste of time.

And she considered that “ending this war now seems more distant than ever”.

And she considered that “the collapse of the grain agreement due to this alleged attack by drones underscores the urgent need to separate the realities of the battlefield on the ground from the mechanisms that protect the world”.

The agreement, brokered by the United Nations and Türkiye in July, guaranteed the safe passage of ships carrying grain and food to and from the main port of Odessa in Ukraine, and two other Ukrainian ports.

And she added that the deal “liberated nine million tons of grain as well as food products such as sunflower oil”.

“Certainly, before the deal, I saw the impact of the grain crisis playing out in cash-strapped Lebanon, dependent on Ukrainian wheat and suffering from a major bread shortage soon after the conflict broke out,” the Independent reporter said.

“There are also great concerns in countries like Somalia, where the United Nations has warned that famine is on the cusp… And the grain agreement helped mitigate this,” she said.

After the agreement was implemented, she said, “The UN Food Index, which measures monthly changes in international prices for a basket of basic food commodities, has declined for several consecutive months, UN Secretary-General Antonio Guterres said on Friday, the day before Russia withdrew from the agreement”.

“The agreement was due to expire next month, so Guterres urged everyone to renew it,” she said.

But just a day later, the opposite happened, and that will have repercussions all over the world”.

She referred to US President Joe Biden’s warning that “the end of the agreement will increase hunger levels”.

But Russia responded, saying that “Ukraine’s partners are mainly defending a terrorist act, adding that Kyiv is responsible for the collapse of the grain agreement”.

She concluded by emphasizing that “the collapse of the agreement showed the extent to which the repercussions of this war extend beyond the borders of Ukraine or Russia, or even neighboring countries.

It highlighted how important it is to have protective measures in place to ensure that the fate of millions of lives is not placed in the hands of a few.