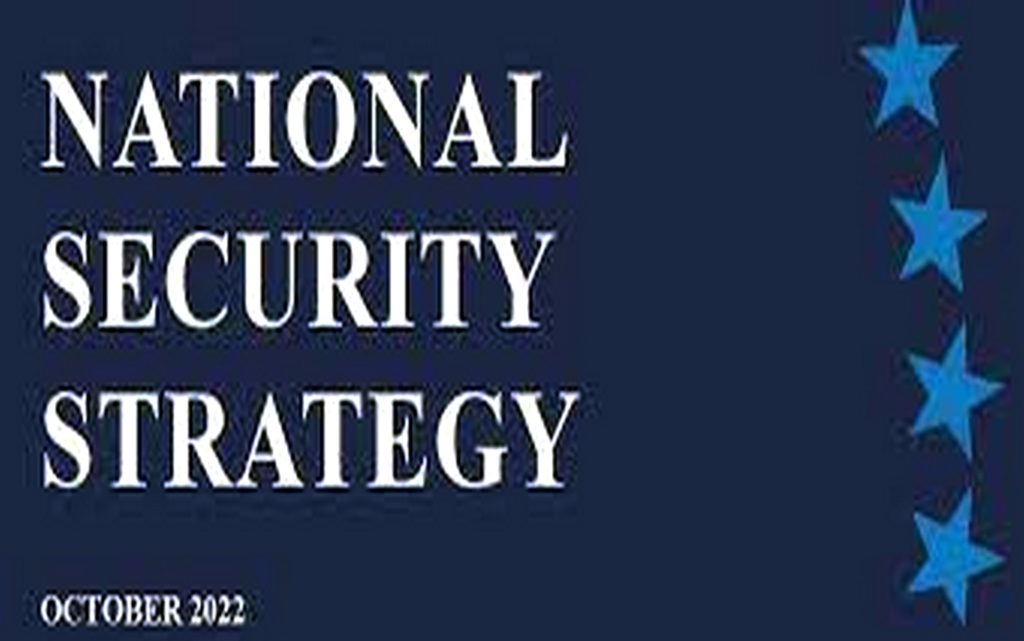 This is a routine for every US government and an important document that reflects and directs the internal and diplomatic affairs of the current government.

But after reading the 48-page document, the international community in general feels a strong sense of unease and anxiety, as the national security pursued by the United States comes at the expense of the security of other countries.

The Global Times added that if the path and direction stipulated in the text of the strategy are followed, sooner or later the superpower of the United States will go to the other side of global peace and stability, and the consequences are unimaginable.

The release of the strategy report was delayed by several months due to the Russia-Ukraine crisis, but we didn’t see from the text that the United States had thought deeply about the root cause of the conflict, let alone learned any lessons.

Instead, the confrontation between the camps reinforced the bilateral opposition mentality that led to the outbreak of the conflict between Russia and Ukraine.

More seriously, the United States has doubled down on this Cold War mentality in its relations with China, and competition with China overwhelms every chapter of the report, considering China the most urgent strategic challenge.

The Global Times added that although some US media claimed that the strategy doesn’t include any major shifts in thinking, this means that the administration of US President Joe Biden has failed to make any adjustments to the radical stance of his predecessor Donald Trump’s administration towards China.

Instead, Biden seems to some extent perpetuating or reinforcing this miscalculation.

The Global Times considered that this is the result of the fierce competition between the two parties in the United States.

Both sides view anti-China as a kind of electoral bet, and have inadvertently fallen into a dead end in the process of raising stakes between them.

Public opinion noted a very harsh ruling in the report, which is the claim that the post-Cold War era is over for good.

But what is the age now?

The report doesn’t give an answer.

It merely asserts mechanically that “we are not seeking a new conflict or cold war”.

Yet the report is full of boasts about the so-called accomplishments of military alliances such as NATO and the OCOs alliance, detailing US steps to coordinate with its allies to launch geopolitical competition against other countries, turning the strategy’s commitment not to pursue a new Cold War into a cheap oath.

The strategy also simply divides the pluralistic world into a competition between democracies and authoritarian regimes according to the will of the United States, with the aim of cutting the roots of the possibility of peaceful and harmonious coexistence between different civilizations.

Washington’s actual practices also reflect a zero-sum game, which makes the US claim to manage competition with China responsibly false and hypocritical.

The editorial of the Chinese Global Times newspaper continued: It has been 31 years since the end of the Cold War, but the political elites in Washington haven’t learned to coexist with other countries in a new way.

They have failed or refused to accept and adapt to the fundamental changes of the times.

They still need to create their own coordinates and direct their path by creating Illusory Enemies, as if they don’t even know how to proceed without the Phantom Enemy.

However, this approach has serious side effects, especially since they have found the wrong imaginary enemy and even created enemies with whom the United States cannot deal.

The Global Times newspaper concluded that the new report is a mirror that reflects the selfishness, ambition and deepest fears of the political elites in Washington.

In all of its national strategy reports, Washington emphasizes the leadership of the United States.

There is nothing wrong with ambition, but what does the United States want to do with leading the world?

The report shows that the United States is still trying to besiege and isolate one group and fight another, creating division and confrontation in this world.

There are also many contradictory contents in the report, which reflect the powerlessness and incompetence of the United States in the face of real global issues… Washington has fallen seriously behind the complex development of the international structure and the needs of our times.

The Global Times saw that Washington has lost its mind in its quest to suppress and contain China.

Comparing the future plans of China and the United States, it is not difficult to find that Washington’s expectations for the next ten years are full of confrontation and zero-sum thinking, while China’s plans focus on its own development and win-win cooperation with the international community.

They’re completely different development ideas, one full of hostility and the other kind and friendly; one is looking for enemies everywhere, the other is dedicated to making friends.

Which way will be wider, history will give the answer.

In conclusion the Global Times said: As for this latest report on the National Security Strategy, it is more like a conspiracy that lacks modernity but is full of malicious intent, which is dangerous for the world and unfortunate for the United States.

How can the narrow-minded United States claim that it can lead the world, and how can it make the international community unconcerned?